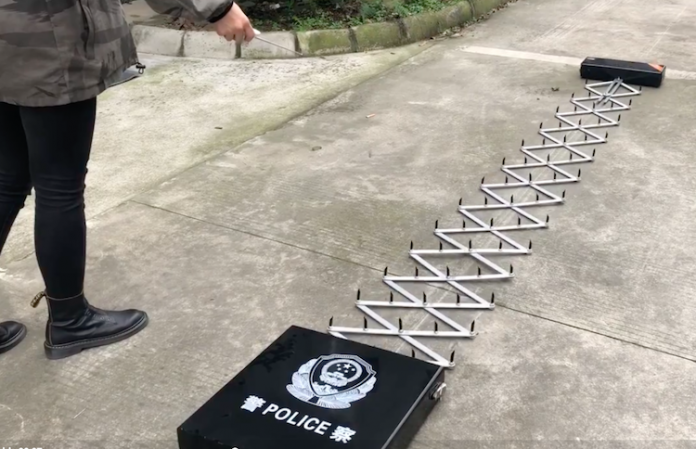 The good cop – bad cop routine has been part of law enforcement since Eve stole the apple. Now it’s set to take on the entrenched juvenile delinquency of Alice Springs. 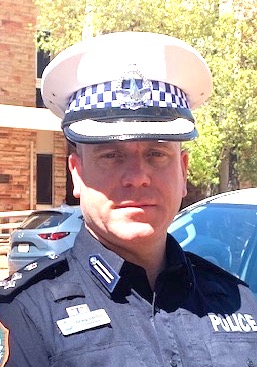 And now enter Operation Lunar, cops teaming up with government departments, NGOs and angels in heaven to entice the arch baddies from the social media pages to swap sides for “a normalised structure of being at home, go to bed over night, go to school, have their leisure activities and sports over the weekend … becoming positive contributors to society, that would be a long term goal. There is obviously a bit of a way ahead for us,” as new police Commander Craig Laidler (at right) puts it.

He looks into the future with assertiveness and a healthy dose of self-confidence.

Asked what progress the Southern Command has achieved lately, he answers: “They’ve got me for one.”

The Viper unit is not distracted by other duties, exclusively focussed on property crime.

“But you can’t arrest your way out of these problems and that’s where Operation Lunar comes into it. That’s the real difference.

“It’s a co-located model – police, Department of Territory Families, Housing and Communities, Department of Health, Department of Education, who also work with NGOs, providing the intervention which the at-risk youths require to shift them away from offending,” says CMR Laidler.

Tens of thousands of words have been written or spoken in Alice Springs about what needs to be done with out-of-control kids on the street.

A 24/7 drop-in centre is the current consensus on what has been the missing link. We now have one, instigated by Families Minister Kate Worden, at corner Wills Terrace and Stuart Highway.

Now the debate has turned to the following key issue: Should that facility have an open-door, with the kids able to come and go as they please?

What if kids start to regard the drop-in centre as a convenient place between plundering forays? The present public view seems to be: Let’s give the current open door policy a chance to work.

NEWS: Should the 24/7 facility have beds?

LAIDLER: I don’t think that’s a call for me to make. There is crisis accommodation available for youths.

NEWS: What happens when a young person leaves the premises in the wee hours? Are police notified? What do they do?

LAIDLER: It depends on the circumstances, who the young person is, on the time, their reasoning for leaving. Are they collected in a vehicle to be taken home? We have a duty of care. We need to find a safe location with a responsible adult. If that is not possible we would transfer that custody to Territory Families.

NEWS: At Logan, near Brisbane, police partner with social workers on their rounds (report by JULIUS DENNIS).

LAIDLER: I am familiar with Logan. I think we’re already doing very similar things at the moment and to some extent we might be a little bit in front. They seem to be doing a great job.

NEWS: Police have spoken out against a youth curfew. Why?

LAIDLER: I don’t believe it’s the solution. That lies with what we’re doing at the moment, with engagement, positive intervention, a number of agencies all contributing.

NEWS: Leaving politics aside for the moment, how many fewer officers could you get by with if a youth curfew were introduced, if there were no kids in the street after dark?

LAIDLER: I think that’s an over simplistic view, that the curfew would be the silver bullet. A curfew would simply put another law in place. It’s not changing the behaviour of the youths. Just having another rule in place doesn’t change their behaviour. We still would have youths and behaviour to deal with.

NEWS: The Southern Command, judging by establishment numbers, has three times as many police officers per head of population when compared to the national average. How come, with all those police, there are entrenched problems – youth crime at the top – that we can’t get a handle on?

LAIDLER: I don’t think we have youth problems that we can’t get a handle on. We are seeing a lot of these problems with positive outcomes already.

NEWS: What do you think about the assertion that police don’t reduce crime. Society does.

NEWS: There is an ongoing debate about what illegal incarceration means. I understand it means taking someone to a place and stopping him or her from leaving, although they have not committed a crime and nor are they suspected of one. Apparently those detained in such a way can take legal action. Some people believe this is even interfering in the relationship of parents with their children. How does the police deal with these issues?

LAIDLER: Arrest for us is the last resort. There are a number of options until we get to that point. What do we do with the small percentage of youths with ongoing unacceptable behaviour? [At times] police must go through the justice system and through arrests. That’s not a new thing. We don’t focus on the youth hub for them to be kept against their will. There are times, at the moment, when we have to take youths into custody, and that’s as per legislation.

LAIDLER: If we locate and identify a youth to be at risk then we have a duty of care to take them into our custody until we can have them with a responsible, appropriate adult, or into the care of Territory Families. That already occurs. We don’t need the youth hub for that. If we consider them to be at an unacceptable risk we can take them into custody, under the Care and Protection of Children Act. The welfare of the child is a priority for us.