Home Issue 45 Debate about confining kids in danger as drones track them on life-risking...
Issue 45Volume 25 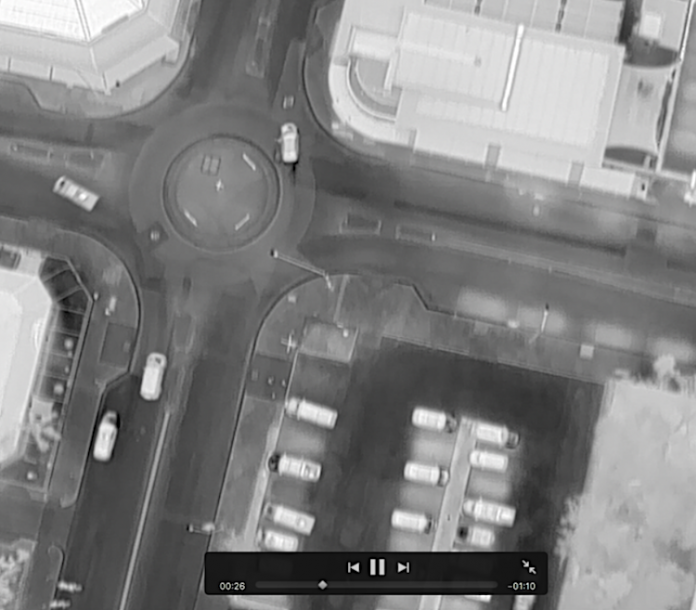 There needs to be a government audit of the stakeholder participation and funding in the field of youth care, and a decision needs to be made about the vexed question of young people at risk being confined to a place of safety, even if they don’t like it.

These are issues Councillor Marli Banks (at right) will be taking to tonight’s Town Council forum, which meets behind closed doors, and tomorrow’s fortnightly meeting, part of which is open to the public.

She said today the recent death following the hit-and-run on a motorcycle rider has not calmed the lawlessness of children in stolen cars running wild in the middle of town, endangering dozens of people.

The Alice Springs News put to Cr Banks that the sticking point about the proposed 24 hour drop-in centre appears to be: Should it be an open door facility?

NEWS: If the kids can come and go as they please, how will that stop them from stealing cars and racing them through town?

BANKS: At this point in time I think the community would like to say, if kids don’t have safe place to  go they must stay within the care of a responsible adult. And if that looks like a 24 hour drop-in station then that might be what it is. Government might be saying “we’re doing that already” but we’re saying, hang on, we’re facing a problem. There is a major issue. It can’t be ignored. COVID has shown us that lock-downs can be faced. In a perfect world that should not be necessary. In a perfect world there would be enough at-home support for this issue not to be out of hand.

Cr Banks said measures would depend on NT Government legislation and the council is limited to an advocacy role.

“What is being done to combat the issues is not enough. People have the right to know how their taxpayers’ money is being spent,” she says.

The Mayor and the Deputy Mayor should take this message to the government but there is no consensus in council for this to happen.

“The block won’t let it happen,” says Cr Banks, referring to the conservative majority of one in the council.

BELOW: Edited police drone footage from last week shows a car driven and occupied by suspected thieves, speeding through the CBD, repeatedly on the wrong side of the road and endangering several motorists. The suspect car stops, two people get out and run away from it, continuing to be filmed by the drone until police on the ground close in and arrest the two.