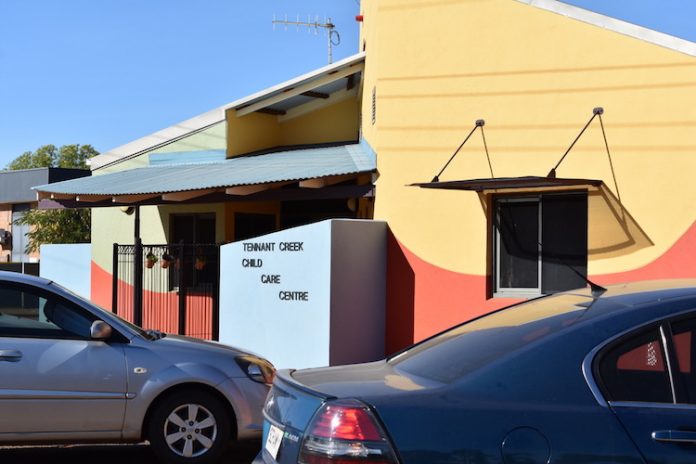 SEE ALSO in our News in Brief.

A group of children have been made to clean up their destruction following the unlawful breaking into the only childcare centre in Tennant Creek.

Sometime during the evening of 26 January, six children aged 9 to 13 are alleged to have unlawfully entered and ransacked the premises, causing extensive damage and mess, according to a police report.

“In cooperation with the parents and responsible guardians and police, the children returned to the centre and cleaned up their mess,” says Barkly Superintendent Kylie Anderson.

“Community leadership and cooperation between residents, the families involved and police led to the children learning to take immediate responsibility for their actions. They spent three hours cleaning and tidying up.

“Unfortunately a significant amount of damage to a local and essential agency in this community was caused as a result of the behaviour of a few,” says Superintendent Anderson.

Meanwhile five people are currently assisting police with inquiries in relation to an unlawful entry of a licensed premises in Alice Springs earlier this week.

CCTV captured six people unlawfully entering a building on Traeger Avenue just after 2am on Thursday.

Once inside the premises the group has failed to access alcohol and fled the scene shortly after.

Investigations conducted by Strike Force Viper identified an 18-year-old man, and three boys aged 17, 17 and 14 who are assisting police with their inquiries in relation to this incident.

In the seven day period between January 29 to February 5, Strike Force Viper has made four arrests and has summonsed five people to appear before court for criminal offences in Alice Springs.

PHOTO at top courtesy Tennant Times: Kids were made cleaning up this building that they had vandalised. Video: Light truck rolling in Brown Street after it was allegedly stolen with two other vehicles earlier this week.