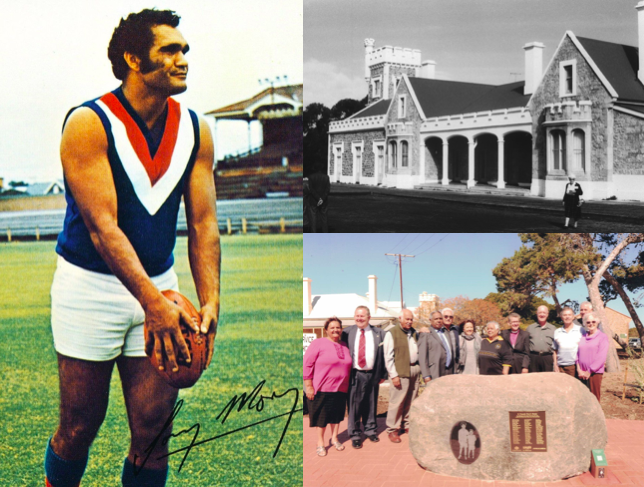 He was born at Yambah Station north of Alice Springs in 1945 to an Aboriginal mother and a white father.

His mother was Eastern Arrernte woman Nancy Pununga who worked at Yambah Station.

John and Tom Gorey had come to the Northern Territory as contract water borers and were well known in Central Australia.

In later years the Gorey brothers took up Yambah Station.  Sonny was given the surname of Morey as a way of keeping the name of the white father obscure.

This was common practice at the time.  In fact his father’s name does not appear on his birth certificate.

In later years on one of his many trips back to the Alice, Sonny met up with his sister Phyllis Gorey which was a great joy to them both.

He reminisced about his early life at Yambah leading up to the time he was taken by welfare officers. 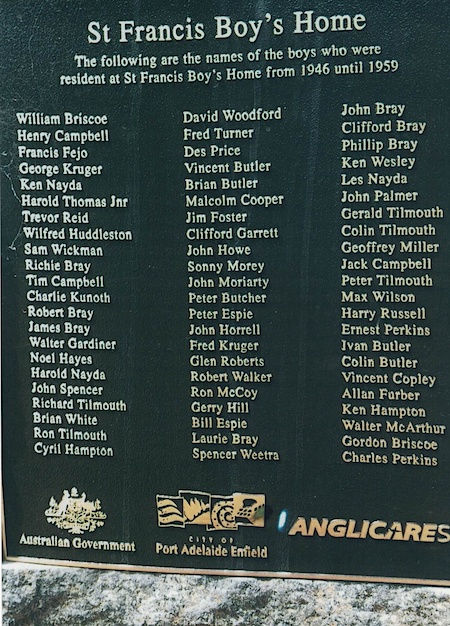 One day in 1952 Sonny was playing with his friend Johnny Leo who was his first cousin and a full-blood Aboriginal.

They were at The Bungalow when a dark sedan appeared.  A welfare officer got out of the vehicle walked over to where the two boys were playing and took Sonny placing him in the back seat.  Johnny stood and watched bewildered.

Sonny was taken to St Mary’s Hostel which was just south of Heavitree Gap.

St Mary’s was an Anglican Church home established in 1946 by the then Rector of Alice Springs, Father Ken Leslie.

Children resided there at the request of their parents or legal guardians.  Sonny was frightened, confused with a feeling of overwhelming guilt.

“Why am I here? What have I done wrong? Where is my mother?”

What made things worse was that he could not read or write English and spoke the language with limitations. From the day he entered St Mary’s Sonny never saw his mother again. He felt abandoned.

Sonny went to the Hartley Street Primary School until the beginning of 1959.

One day he was told that he was going to Adelaide with arrangements being made by NT Welfare.

Sonny, Peter Butcher and Wally Gardiner packed their bags and the very next day were driven to the airport and flown to Adelaide.

They’d never been in an aeroplane!

They were driven to St Francis’ House at Semaphore South.  St Francis’ House was an Anglican Church home that had been established in 1946 by Father Percy Smith as a place where Aboriginal boys from the Northern Territory could reside while furthering their education.

Boys resided there at the request of their parents or legal guardians.  Sonny stayed there for one year because at the end of 1959 the home closed and children who were wards of the state were placed in foster care by NT Welfare in negotiations with the Anglican Church.

Sonny was fostered by Roy and Ada Maguire who lived at Gawler.

He was always a boy of pleasant disposition and he became part of the family.

It was at Gawler where Sonny started playing football and started his working life.

By 1962 Sonny was playing for the Gawler Central Football Club.  It was from here that his exceptional skill as a footballer was noticed.

By 1964 Sonny was playing for the fledgling SANFL club Central Districts.  He was always one of the team’s best players and ended up playing 213 games for the club.

In 1970 he won the best and fairest award for the club.  As well in 1972 he was runner up for the Magarey Medal to Malcolm Blight.

In 2011 was names playing coach of South Australia’s star-studded Aboriginal team of the century which included Wilburn Wilson, Richie Bray and modern stars such as Michael Long, Andrew McLeod, Byron Pickett, Gavin Wanganeen and the brothers Shaun and Peter Burgoyne.

At the end of 1970 Sonny married Carmel McSkimming.

They had a wonderful married life, having two daughters Kim and Nicole.

Sonny’s ebullient outlook towards marriage, sport and work meant that despite having been “stolen” he has had a very worthwhile life.

He worked for Telecom and then was police aide for 13 years helping to bridge the gap between the police and Aboriginal people.

Sonny Morey is admired by many people.

Having resided at St Francis’ House he joins the ranks of an illustrious group of Aboriginal high achievers.

Sonny returned to Alice Springs recently to try and find out about his mother.

Accompanied by the authors he visited Canon Brian Jeffries who was the Rector of Alice Springs.

Canon Jeffries told him about a Catholic nun, Sister Megali, who was now in her eighties and lived in retirement in Alice Springs.  She knew Sonny’s mother!

Sonny was deeply overwhelmed.  His mother had never abandoned him!  He had some closure.

Sonny’s granddaughter Tarnee said recently about him: “He’s not only hardworking but inspirational because he has been through traumatic events in his life and has never let racism get in the way of achieving so many outstanding things.”