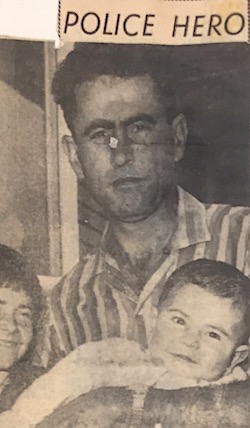 Bill Espie, born in Alice Springs in 1935, holds the unique distinction of being the highest-ranking Aboriginal police officer in any Australian police force.

In March 1965 he attended a two vehicle collision with both vehicles on fire.

He rescued a man from each burning car, putting his own life at distinct risk.

Bill’s mother Edie Espie was one of a group of Aboriginal women in Alice Springs who wanted their children to have a better chance in life.

Others like her were Hetti Perkins, Dido Cooper, Tilly Tilmouth, Melva Palmer and Millie Woodford who accepted assitance from Father Percy Smith to help further the education of their children at St Francis’ House in Adelaide.

All these mothers had one thing in common, and that was their determination to do the best for their children. They were strong women.

Bill Espie’s nickname was “Buckshot” or “The Wasp”. All the Aboriginal boys who lived at St Francis’ House had nicknames.

Peter Tilmouth was called “Truck” because every Saturday he would go with the local greengrocer doing deliveries in his truck. 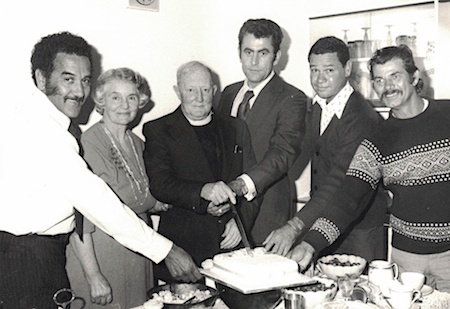 David Woodford was known as “Woody”.

The identity of “me” is not important as “me” could well have been any number of young Aboriginal children who grew up in Alice Springs in the thirties.

My Aboriginal mother, through no fault of her own, could not have raised me in the way that she would have wished, due mainly to economic and social barriers.

Fancy phrases of course, but simply meaning being poor and not being fully accepted in the community.

My mother had a choice; bring me up herself in an environment which offered no more than a twenty percent chance of being successful, or to let me grow up under the watchful eye of Father Smith who was the first resident Anglican priest in Alice Springs in 1933.

No doubt at great pain my loving mother chose the latter.

After spending a few years at St John’s Hostel in Alice Springs, I travelled with five other young Aboriginal boys to St Francis’ House a Semaphore.

This was to be my home for the next seven or eight years, again for most of the time under the care of Father and Mrs Smith.

It was to become my fortress, my haven against an outside community who did not fully accept persons of Aboriginal descent. 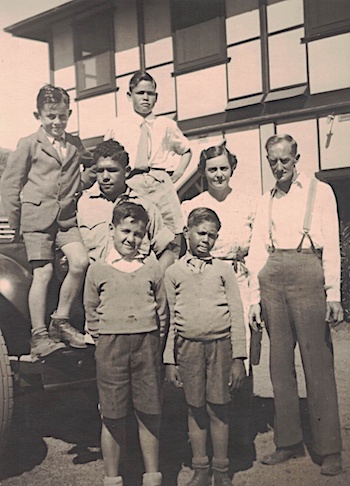 It was also to become a place where friendships would flourish, ambitions take shape and my character develop. It was a place where I would gain an education so that I may at least obtain future employment.

Looking back one would ask, how? How could a big rambling one-hundred-year-old house containing some twenty or so young Aboriginals, who came from far and wide, possibly help me in achieving my goals?

I expect the logical answer would have been: “I really don’t know.”

Perhaps calling this beautiful old house “St Francis’ House” might help in some way, but we all know that names alone will not press the magic button. The next obvious question was of course: “Well, what was it then that made this house so successful?” A place where I would achieve some of my ambitions.

The accolades must of course go in the main to Father and Mrs Smith who brought about the concept of St Francis’ House by an overwhelming desire to help young Aboriginal children take their place amongst the general community with pride and qualifications to reach attainable goals both in the present and future.

Their private lives were non-existent due of course to their dedication in what they were doing was justified and correct. It was this dedication and commitment that made St Francis’ House a success.

Of course there were other factors that must be considered when judging the overall effectiveness of St Francis’ House.

Those factors were “the boys”, the occupants or to be more explicit the Aboriginal boys themselves.

The same boys who slept three, four, five in a room; and if it was a ghost story night or someone had imagined seeing the ghost of Captain Hart (the original owner) wandering the halls prior to bedtime, then it was six to a bed – not unreasonable I would think!

These same boys depended on each other for guidance, support, company; but most of all I think each and every one craved for that family environment, and because of the actions of Father and Mrs Smith it was achieved.

The individual personalities of each of the boys also contributed towards the overall aura of the house. Their continuing effort to “fit in” within the community and their sense of humour in day to day activities made life unique and gave the house a “soul”.

Even though the function of this house has long since gone one would still hope the “soul” still haunts the corridors, hallways and rooms we affectionately remember as St Francis House … who knows? 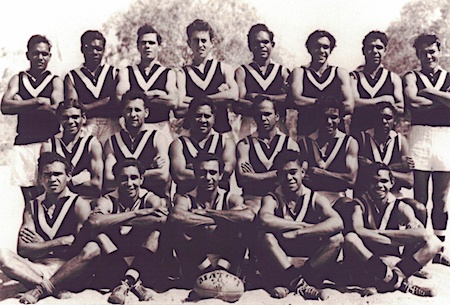 After completing his Intermediate Certificate at Le Fevre Boys High School Bill Espie trained as a maintenance fitter. For a short time he returned to Alice Springs to be with his family, but he soon realized that there wasn’t much of an employment future for him there.

In 1955 he joined the Australian Army and was appointed a field engineer.

He served at Maralinga. The world was opening up to him.

After his marriage to Irene Zachary, Bill decided to go to Sydney where he was accepted into the NSW Police Force.

He trained at the Redfern academy becoming a probationary constable in 1961. During his career Bill served at Darlinghurst, Liverpool, Merrylands and Cabramatta.

He became an effective communicator as a police officer and was very good at dealing with different types of people and situations. 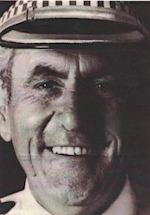 After rescuing the two men Bill merely said: “There wasn’t time to think, I just had to get the men out.” They were saved from a firey death.

His commendations, which also included the Peter Mitchell Award, in 1971 Bill received another Commissioner’s Commendation for pursuing and arresting an armed escapee.

Towards the end of his career Bill was awarded the National Medal for meritorious service to which later was added the First Clasp.

By 1986 Bill was a sergeant first class. Then in 1989 he became a Chief Inspector and served as patrol commander at Cabramatta until his retirement.

He deeply appreciated the chance he was given in life, which was manifested by his exemplary service. Much of his memorabilia is on perpetual display at the NSW Police Academy at Goulburn. He passed away in September 2011.


[John P McD Smith is the son of Father Percy Smith (1903-82), first resident Anglican priest in Alice Springs in 1933. John has written his father’s biography, “The Flower in the Desert.”]