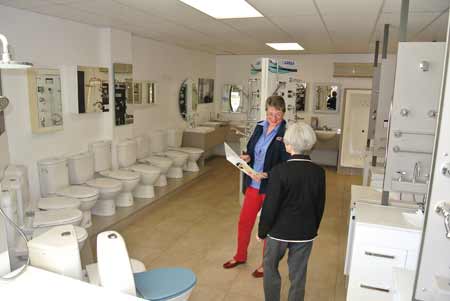 Not all is well in the beating heart of industry and commerce, Alice’s Industrial Area, according to its big players and small.

Some spoke to me on the record, most of them on a no names, no pack drill basis.

One says the streets and lanes to the many tradies’ sheds used to be busy for hours after normal knock-off with people working overtime.

These days there is not much of a sign of that.

An engineering firm reports the worst first quarter of any calendar year in its quite long history: “We had no income. We’re spending only as much as we absolutely have to.”

Utes have been heading north with one-man-band businesses looking for opportunities from the Impex boom in Darwin, says the manager of a tools and equipment business, or they are heading for the mines.

A tradie client has told him times are “the worst in 20 years.”

The manager runs a highly specialised service, honed over two decades during which branches in Darwin and interstate were created, which makes tough times more manageable.

But he, too, says the present slump is “hitting us harder than previously.

“Maybe it’s a flow-on from the national downturn.”

Spending patterns have changed with the Territory funded shires which are spending less than the gaggle of Federally funded small councils they replaced, says the manager.

“Trade from the community councils has protected us for many years.

“Alice is not a manufacturing place. It’s a supply centre.

Local benefits from the only two major construction projects recently – Bunnings and the hospital extensions – were slim, he says: the hardware giant uses mostly its own construction crew wherever it builds a new store, and the hospital job went interstate, although locals were engaged for the fit-out. Bunnings have said they will create many local jobs when trading starts in June.

Chris Douglas, from Work Wear, has a view from a great vantage point, selling clothing and items with logo embroideries on them, to a great number of local firms: “It’s a little bit tighter than it normally is,” she says.

“Not much happening, little action around town.”

The recession that hit “down south” 12 months ago is just starting to bite, she says.

Suzanne Bitar from Taps, Tubs and Tiles takes a glass half full view: trade sales may be down but years of high housing prices have motivated locals to spend money on the house they have, rather than upgrading.

Kitchen and bathroom items are in demand, stimulated in part by Alice Water Smart rebates on water-conserving items such as toilets and showers.

Her showroom staff has been increased from 1.5 positions to two.

Printer Max Kleiner, of Asprint, a local business for more than three decades, and competing against a firm from Darwin, says he is in a dog-eat-dog environment, with turnover being 20% down on last year.

He observes a “lack of activities in town. Industrial customers are less active, have less less money to spend.

“It’s unusual, but it may just be retirees moving away.”

What’s on the horizon?

The 100 new residential blocks in Kilgariff may turn the town around.

On the other hand, the Fly-in, Fly-out contingent may grow further than it already has.