Builder Carey gets 3 years in gaol, suspended after 12 months 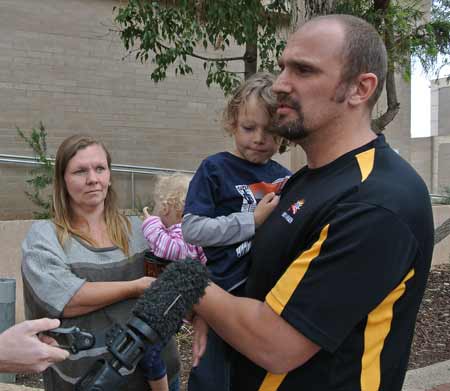 Discount given for cooperation with authorities on further enquiries

Randal Carey, the builder in the failed Frampton New Homes scheme, was sentenced this morning to three years in gaol, to be suspended after 12 months. Mr Carey, who has been in custody since last Tuesday, did not show any visible emotion as guards led him away. He appeared to have no friends or family in court. His lawyer was appearing by video link from Darwin and said he would talk his client through the sentence by phone.

Justice Jenny Blokland allowed a discount of 20% on the sentence in light of Mr Carey’s guilty plea and “recent” cooperation with authorities. One victim, Blythe Stafford, had told the court she would like Mr Carey to receive a reduced prison term in return for “full cooperation and full disclosure in assisting to pursue a civil action against Framptons who she holds responsible as well”.

Justice Blokland said it was not clear whether Mr Carey’s assistance to police will be “fruitful”. She went on to outline the “transctions and processes” in relation to which he had agreed to give a statement to the Crown. These include Mr Carey’s payment of a commission to Framptons.

“His counsel told the Court that Mr Carey treated Framptons as his boss and did what they said. If he did not pay the commission he did not get the job,” said Justice Blokland.

“Counsel told the Court that about $100,000 was paid to Framptons  by cheque from Mr Carey … The Court was also told that he disclosed being unregistered to Framptons. It was also pointed out that the building certifier Mr Cantwell was technically engaged by the owners and that Framptons were effectively agents for the owners,” she said. 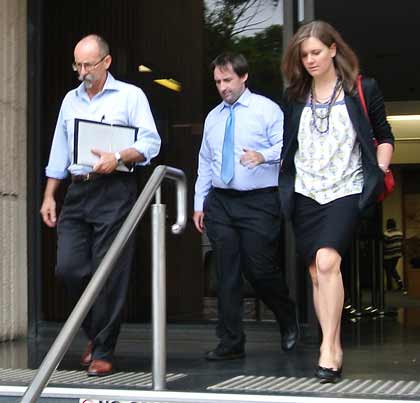 She accepted that Mr Carey is “now remorseful”. She continued: “In as much as counsel has submitted that there was a systemic failure around Mr Carey that allowed the events to transpire as they did, in particular the money that was paid to Framptons and the attempts to have another builder formally be the registered builder, […] this gives some context to Mr Carey’s actions.”

Nonetheless, it was Mr Carey “who set the events in motion”.

His conduct – in not being a registered builder, and being an undischarged bankrupt throughout the process – was “a serious deliberate course of deceptive conduct”. She accepted that it was Mr Carey’s intention to complete the houses and that he managed to do so with six of them.

She said she was mindful of Mr Carey’s age, his health and family but she did not consider there was a “realistic or just alternative” to a term of imprisonment.

She was prepared to moderate the term, by suspending the sentence after 12 months, in order to facilitate him paying compensation to the victims. The amount ordered was small – $5000 per couple, a total of $45,000 –  but an acknowledgement of the harm they have suffered.
“As indicated by Mr Carey’s counsel, the victims may have other avenues of redress. That is not a matter that can be properly evaluated in these proceedings.”

Justice Blokland said Mr Carey may be able to get paid work from inside the prison as he is “likely to be a low risk prisoner”. He must pay the compensation order within 18 months from his release. His sentence was backdated to May 14.

Photos, top: Victims of the scheme, Amanda and Trent Abbott, and the youngest two of their six children, Ruby, 2, and Ashton, 4, were in court this morning. Above: Lawyer Peer Schroter (at left, leaving the court this morning) was in the public gallery, taking notes, during Randal Carey’s sentencing. Doug Fraser, the head of the Alice Springs L J Hooker franchise, was also in the public gallery.