The first beer under the new rules was served in the Todd Tavern in the Mall a few minutes ago. ERWIN CHLANDA reports.

Penalising responsible drinkers is not the answer

With the Australian Bureau of Statistics reporting that 84% of Australians drink within recommended guidelines and, as a society, we are consuming less alcohol today than any point in the last 55 years, the knee-jerk desire to penalise people doing the right thing doesn’t stack up, writes Brett Heffernan, CEO Brewers Association of Australia.

Consumer Affairs warns traders not to blame the new floor price for prices higher than $1.30 per standard drink.

It’s beer drinkers who are paying the most in alcohol tax despite imbibing a fraction of the alcohol. Why, asks Brett Heffernan, CEO, Brewers Association of Australia.

A thief used a trolley in an alleged heist of beer kegs from a local resort. And police are investigating the theft of rifles in Braitling, as well as rock throwing at an ambulance.

The total wholesale supply of liquor measured as pure alcohol has reduced in Alice Springs by 12% since 2004, according to figures from the NT Department of Justice.

The figures do not include alcohol obtained by mail orders or online purchases obtained from interstate which, according to anecdotal evidence, are increasingly popular.
The most significant drop was in the supply of wine casks and fortified wines, coinciding with sales restrictions and price increases.
See also Letter to the Editor from Dr John Boffa, from PAAC.
Photo: Campaigners against alcohol abuse tipping out grog in Alice Springs in 2007. ERWIN CHLANDA reports.

The Alice: celebrate the good, fix the bad – now! 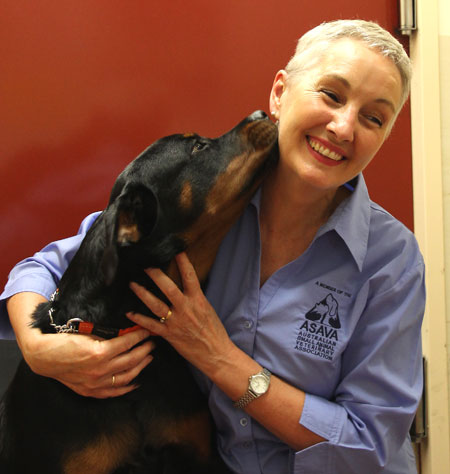 This week's Food for Thought panel member is veterinarian Debbie Osborne (pictured), a local for nearly thee decades. When it comes to commitment to The Alice she's put her money where her mouth is: A year ago she opened one of the nation's best equipped animal hospitals in Milner Road. To her the town is mostly good – and what's not can be fixed, and the sooner the better, she says!
Alice Springs has changed in 28 years. Change is inevitable. A lot of change has been for the better. When I first arrived, someone commented that “Alice Springs people don’t walk; we drive everywhere.” That was true! Todd Mall was only half a mall, with traffic still allowed travelling from south to north. We couldn’t commit to the idea of no traffic in the main street.

If we were going to lunch at Swingers Cafe in Reg Harris Lane and couldn’t park within three spaces of the entrance to the lane, we were really annoyed. Now we still drive what I consider to be ridiculously short distances, but so many more of us ride bikes and walk. This has been made easier by the creation of bike / foot paths along the river and other parts of town, but we need more.
When I first came here, I was intrigued by the “2km Law”. Fortunately, there were no licensed premises at the airport (the tiny building just to the west of the new airport). December would see residents arriving at the airport with Eskys to farewell friends off home for Christmas.

We’d sit on the lawn out the front of the airport, drinking beer, sipping wine. The friends we were farewelling would head off across the tarmac to board their plane and just as we considered leaving, another group of friends (or perhaps just acquaintances) would arrive with their Esky, so we’d stay a bit longer. Several hours on a Saturday could be spent at the airport. (I’m sure we had a Sober Bob to drive us home, so please don’t anyone lecture me on glorifying our drinking culture.) Then someone put a bar at the airport and it was never the same. Is there anywhere now where such an impromptu gathering could occur?
I have a belief that good laws are, enforceable, protect innocent people and do not inconvenience a reasonable person acting responsibly. Based on the above criteria, Alice Springs has many laws that are not so good. Can we really stop people that are determined to get drunk from doing so, and if I am responsibly having a beer or two on the banks of the river, is that really a crime? Can we, and should we, stop people from camping in the river? What harm is done by people camping in the river? Yes, littering is a problem and that should be dealt with via littering laws (and a reasonable person acting responsibly would not be inconvenienced by this). Being drunk and disorderly is a problem and should be dealt with under appropriate laws that do not inconvenience reasonable people acting responsibly. And people that need help should get help, not be pushed away from the public view, out of sight, out of mind.

Alice Springs has problems. I believe we are mature enough to examine the problems and look for real solutions. Applying bandaids by creating laws that appear to be addressing the problems but provide no real solutions is not good enough.