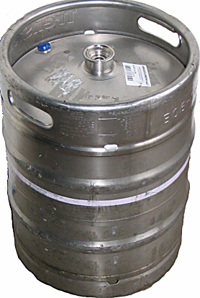 Police have charged a 29-year-old man after he was interrupted while attempting to steal two kegs of beer from a resort in Alice Springs.

Superintendent Peter Gordon said Police were alerted to the theft at 4am yesterday morning.

“Employees at the resort notified Police that there was a man with two 50 litre kegs on a trolley.

The man was charged with unlawful entry and stealing.

Meanwhile police are investigating the theft of two firearms in Alice Springs.

Detective Superintendent Travis Wurst said a residence in Braitling had been unlawfully entered sometime between 7pm on January 3 and 7:30am on January 4.

“The offenders forced entry into the home and have thoroughly searched the premises. They located keys to the gun safe and stole two firearms with ammunition; a 22 calibre rifle and a 12 gauge double barrel shotgun.  The firearms remain outstanding at this stage but the matter is an active police investigation,” says Supt Wurst.

“Police are asking anyone with any information regarding this matter to contact Police on calling 131 444 or Crime stoppers on 1300 333 000.

“This appears to be an opportunistic crime as it does not appear the firearms were specifically targeted.  It is however timely to remind people that if the keys to your gun safe are accessible to an offender; the effectiveness of your gun safe becomes very limited.

“If you go on holidays, take the keys with you or give them to someone else.  Don’t leave them behind and make life easy for a criminal.”

Police are investigating a rock throwing incident in Alice Springs at 9pm on Monday.
Supt Gordon says an unknown man threw a rock at an ambulance, smashing a window, as paramedics had been transporting a female patient from the location at the time.

He says: “Police are questioning the female patient and are obtaining CCTV footage to ascertain if the alleged offender is the same person responsible for the injuries to the woman.

“Throwing rocks at a moving vehicle is extremely dangerous and the consequences can be fatal.

“Offenders caught engaging in this illegal behaviour can face significant penalties, including up to four years in prison.

“Police urge the community to be vigilant and report all rock throwing incidents as they occur,” says Supt Gordon.

“Ambulance officers have a difficult job which is made much more difficult when they are subject to these types of attacks when responding to calls for assistance.”

Police are describing the 13 days of the Christmas and New Year as “a grim tale of speeding, drink driving and unregistered vehicles”.

Supt Serge Bouma says the 7,070 drivers who tested negative to alcohol gave police some faith that the majority of motorists take the responsibility of driving a vehicle seriously.

“However, the 75 drivers who tested above the alcohol limit – an average of just below six every day – is cause for concern for every other driver on our roads.

“Half of these were mid-range – between 0.08 and 0.149 breath alcohol content, meaning their ability to make sound decisions would have been dangerously compromised.

“One 25-year-old male refused to supply a breath test and was charged with failure to supply a sufficient sample.

“133 drivers were booked for speeding – just above an average of 10 every day – and 98 for failure to wear a seatbelt.

“This is just lazy driving and a failure to consider safety.”

Superintendent Bouma said on a 10 year average, there are 2,158 motor vehicle crashes every year in the Northern Territory.

“43 lives will be lost and 394 people will be seriously and irreversibly injured.

“Think about that next time you are going somewhere in a hurry, driving under the influence or not wearing your seatbelt.”