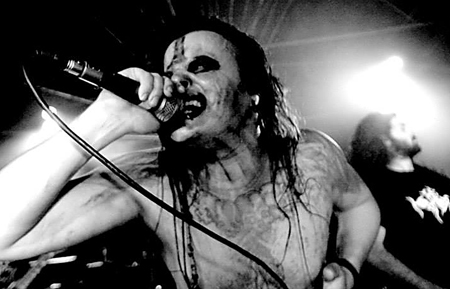 And now: a Heavy Metal led recovery of Alice Springs.

No, it’s nothing to do with mining. It’s music. And unlike most other attempts to drag the town out of its slump, it doesn’t sound too bad at all.

He works a couple of jobs, including teaching prisoners multi-media and basic video production skills, but drives a very old car and lives in a back-yard caravan.

All his money goes into promoting his loved music which, he says, assists him to maintain his splendid equilibrium – while having the opposite effect on many of us.

With band names like Judas Priest, Black Sabbath, Death, Slayer, Disturbed and Five Finger Death Punch it doesn’t sound like the kind of thing you’d take your mother to.

So how can that make The Alice a better and more prosperous place?

Well, take Wacken (at left), a quiet village in northern Germany. In 2013 it had a population of 1824. It rains a lot there. It has an annual concert. Outdoors. It is a Heavy Metal concert. The coming one has the motto “Come rain or shine.”

Previously it has been mostly rain and patrons have been ankle-deep in mud (below left). They had a ball. All 80,000 of them (below right), from all over the world, plus 6000 staff.

As a music impresario with growing success Pirate has no difficulty putting two and two together: Link that kind of global a 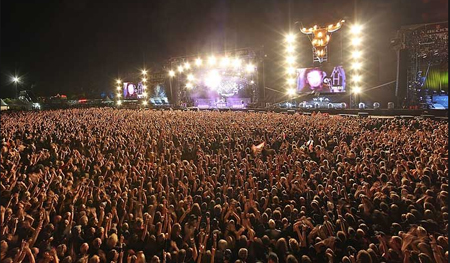 ppeal with the Central Australian weather and and its landscapes and you’re on a winner.

Pirate’s perceptiveness is linked with in iron determination to make it happen: Over Easter will be the fourth annual Heavy Metal bash here, Blacken, bringing some of the biggest and best bands in the country to Central Australia to play alongside the thriving local scene.

This will be the first Blacken held over two days, at the Gapview Hotel, outdoors, of course, under the motto Live in the Dead Centre.

“More than twenty bands from around the country descend upon Alice Springs for a weekend of music, camping, and community-spirited Heavy Metal culture.”

This is how The Black Wreath label got its runs on the board: It built a studio (in the back yard of the home of Peter Lowson, of Drum Atweme fame).


It has produced one vinyl and three more are on the way, and a dozen CDs with its collaborative bands The Horror, Miazma, Uncreation, Southeast Desert Metal (based in Santa Teresa) and Exdemission. “In our group everyone is the 13th member,” as Pirate (at right, in plain clothes) puts it. 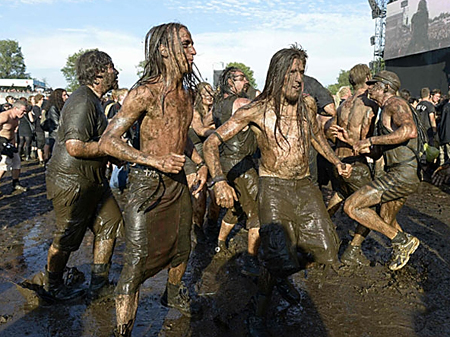 It spread its message to the Aboriginal community of Santa Teresa to praise from the Australian rock music establishment.

It staged an Australia-wide concert by live streaming a four camera shoot from Annie’s Place in 2011.

And Pirate, with some 20 mates from Alice, are saving up to go to Wacken in August to not only experience the music, but to come back with the how-to of creating a world famous gig right here in The Centre.

PHOTOS (from top): Pirate in action • Peaceful, quiet Wacken • Not so peaceful Wacken during the festival • Rain or shine – who cares?