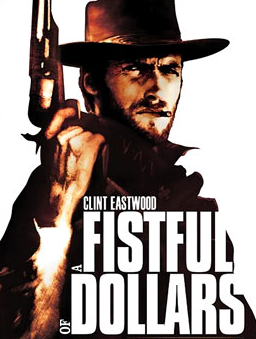 The question “where have all the dollars gone” has been asked countless times since self government came to the Northern Territory in 1978, usually followed by “Oh, when will they ever learn”.

The short answer is, per head of population the Northern Territory government spends around three times as much – that’s 300% – when compared with the six states and the ACT.

Look at the right-hand column in our table (below) produced from Australian Bureau of Statistics data: The total expenditure is well over three times – 330%.

These per capita numbers do not take into account funding for NGOs which are providing state-like services in the NT and are funded mostly by the Commonwealth. The Central Australian Aboriginal Congress, for example, a health service, has an annual budget of $41m.

These issues, plus welfare payments from the Commonwealth’s Centrelink, and the Grants Commission allocations to the NT (about five times the average national amount) will be the subject of later reports, as will social indicators, showing the results – good or bad – of this avalanche of public money sloshing around the NT.

Probing debate about government spending is usually discouraged or avoided because the community is complacent about getting a lot of someone else’s money, year after year.

Conversation soon trails off into “not everybody drinks excessively, you know” or “other places have crime as well” and so on. All this has little meaning without the numbers.

Here they are – hopefully creating some perspective.

TABLE below: “/ CAP” means per capita. 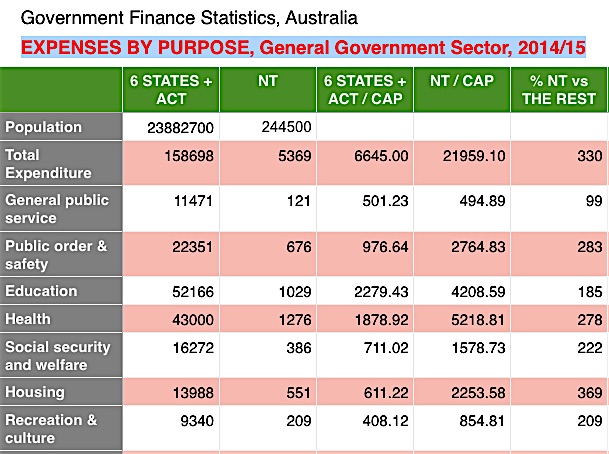