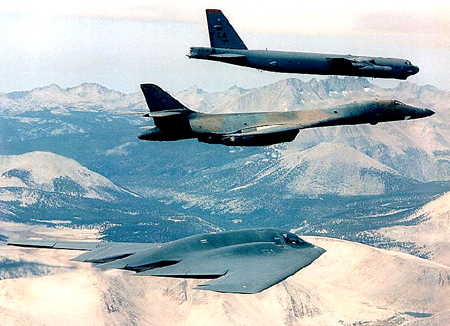 This LETTER TO THE EDITOR comes to us as there are reports that the US Airforce may receive permission to operate heavy bombers that may carry nuclear weapons out of Tindal and Darwin airports. Simultaneously, 20 minutes’ drive from the Darwin airport, a Chinese company with undisputed links to the Chinese military is settling in to run the Darwin port over which it has received a 99-year lease from the Giles Government without any prior notice to the people of the Northern Territory. The Chinese military is currently undertaking activities which present a significant risk of conflict in the South China Sea.

Sir – A Senate committee scrutinising the lease of Port Darwin to the Chinese Landbridge Group has described the lease as being as ‘’clear as the mud on the bottom of the harbour”.

The NT Government has repeatedly claimed that it received $506 million from the 99 year lease of the port. The official lease documents however have revealed that the figure was a mere $390 million, a shortfall of $116 million. After allowing for a reported $20 million payout to a consultancy firm for organizing the lease, there is still a discrepancy of nearly $100 million.

Landbridge immediately subleased the port to another Chinese firm for $21 million per year, indexed annually, for 99 years, in what has been described by legal experts as a classic tax minimisation scheme. This would provide Landbridge with in excess of $2 billion, excluding indexation figures, over the lease term, five times the amount received by the NT Government.

The port earned the government $15 million last financial year. If it had remained in government hands, and assuming the same profitability rate in future, the NT would have earned $1.5 billion over a 99 year period of time.

It is little wonder that the Landbridge directors are laughing all the way to the bank at the stupidity of the present NT Country Liberal Government.

At the risk of sounding xenophobic, it is likely that the NT in future years will see Chinese owned and staffed cattle stations, using Chinese made trucks to transport Australian cattle over Australian taxpayer funded roads to a Chinese port to be loaded by Chinese waterside workers onto Chinese ships bound for China where Chinese accountants can juggle figures to make it appear that there are no profits made in Australia and therefore no taxation revenue for the Australian Government.

Quite apart from the extremely poor economics of the deal for Territorians, the leasing of the port gives Landbridge control of shipping traffic, including Australian and US ships on military manoeuvres.

The head of ASIO, Dundan Lewis, informed the Senate that staff members had not “reviewed defence safeguards in relation to the disposal of the port but had accepted advice from other officials”.

Defence analyst and Executive Director of the Australian Strategic Policy Institute Peter Jennings has heavily criticised the NT Government and the Federal agencies that allowed the lease to be signed. He went on to say that “the deal slipped through the cracks and everything ASIO has done since has been designed the mask the fact”.

Senator Xenophon said: “I can’t believe that Defence and even ASIO waved this lease through given that the Defence White Paper hadn’t been released when the deal was done.” He went on to say: “It seems ASIO is taking its cues less from James Bond and more from Chevy Chase and Dan Aykroyd in Spies Like Us.”

Although China has become Australia’s largest trading partner, tensions between the two nations have been building up in recent times, particularly over the South China Sea issue where intimidation tactics have been used.

For the NT Government to lease a vital strategic defence asset to China at such a time is an action that verges on treason.