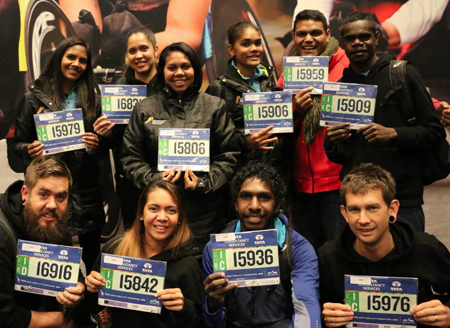 A small number of people running marathons overseas are being funded by the Federal Government at a level 10 times greater than reasonable yet it provides only vague answers to questions about why.

These questions relate to the scheme’s benefits, which should be evident after running it for five years, to the participants as well as to the community at large.

The Federal Department of Health is precise to the dollar about how much public money has been spent so far on the Indigenous Marathon Project (IMP): “$2,355,346 (GST Exclusive).”

That can be compared that with a trip to the New York marathon last month organised by Australian Amnesty International: Registration fee was $770; travel cost $6,000 (“can be fundraised”); trip duration 7 days; accommodation 5 nights twin-share in a 4-star hotel. It’s a total cost of $6770.

The department is much less precise in its answer to other questions from us, and Robert de Castella – the founder and operator of the scheme – did not reply to them at all. Neither did Indigenous Affairs Minister Nigel Scullion.

In 2014, there were about 713,600 Aboriginal and Torres Strait Islander people in Australia, accounting for 3% of the total population. [Australian Institute of Health and Welfare.]

Of that total, 20% or about 142,720 are aged between 15 and 24 – the age bracket on which IMP focuses. An average of eight people got to run in each marathon. So the chance of getting a guernsey for a young Indigenous person is about one in 17,840.

What is the benefit the participating individuals get from it, except an international junket at taxpayer’s expense, is unclear, and less clear still is what the other 17,839 people in that age group are getting out of it.

We sought an update on the initiative founded and run by the Australian Olympic marathon gold medalist (in 1984) Robert “Deek” de Castella.

Several of the participants were from the NT. The marathons were in New York (three), in Boston and Tokyo.

Our Indigenous runners were praised mostly for completing the course. None set any records.

The Alice Springs Running and Walking Club is organising one marathon a year, in August, and three half-marathons. Club joining fee is $30 per adult.

As we reported in September 2013 the department didn’t think much of the program.

The department’s assessment panel said at the time: “The application meets Indigenous Sport and Recreation Program (ISRP) objectives to ‘a low degree’ and ‘the project demonstrated limited and short term broader community engagement … the proposed budget demonstrated poor value for money by catering for an exclusive group in a high cost manner and therefore poses a financial risk. The high cost of travel is a prohibitor. As per the ISRP conditions, international travel and accommodation is not permitted to be funded’.”

Has experience proved that assessment wrong? Has the government’s perseverance in funding the scheme born some substantial fruit? If so the department is keeping it close to its chest.

NEWS: We assume that after six years significant benefits to the participants are now evident, such as they have acquired skills and steady jobs in trades or professions and are valued and independent members of society. In what way has each participant benefited?

DEPARTMENT:  In addition to the physical benefits of training and competing in a marathon, the IMP incorporates education which assists in creating pathways for the participants to progress to further areas of study and work. [How many participants have gone down those pathways and where did they get to? We are not told.] 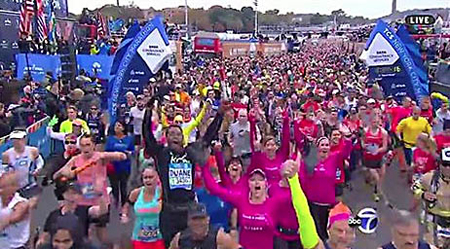 DEPARTMENT: The IMP improves employment and study options for programme participants with 100% of the 2014 IMP Graduates employed or studying six months after their IMP year. [What have the inaugural participants, for example, been up to in the past four and a half years? We’re not told.]

NEWS: What are (if any) the community benefits?

DEPARTMENT:  The  programme aims to have a high media profile and public exposure as this is part of its health promotion strategy to the community. [How is that strategy working and what are its demonstrable results? We’re not told.]

NEWS: What are the key performance indicators?

DEPARTMENT:  There are a number of key performance indicators for the project including participation rates; educational attainment and employment of participants; and community events. [Participation rates? Have 100% of participants offered a trip overseas said “yes”? No doubt. Educational attainment and employment? That is precisely what we asked about and are not getting an answer to.]

DEPARTMENT:  Many IMP participants have also taken on additional leadership and mentoring roles in their communities. [Whom are they leading? Whom are the mentoring? Which communities? We’re not told.]

NEWS: What are the total fees paid so far to “Deek” and associated people and enterprises?

You guessed it: We’re not told, except that the department says it is “aware that the Indigenous Marathon Project Foundation seeks other support for the project as appropriate”.