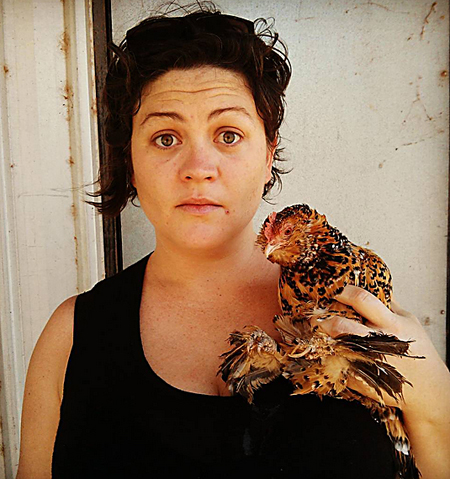 Every year, I see many friends on social media decrying the year that has been; how they’re glad to see the end of it and now happily reside in the peace and simplicity of 2016.

Safe in the comfort of my own home I roll my eyes and think, pftt, it was a great year. Pessimists. 2015 however has left me a little deflated. It wasn’t dreadful, don’t get me wrong.

I’ve had a home, food, my garden, The Dirty Word has been rolling on and the year has seen me take on the position of President of our beloved Totem Theatre. But compared to other years, it’s had more low points than usual.

2012 saw me perform in Sydney at the Australian Poetry Slam, 2013 brought about the beginning of an institution, The Dirty Word, Alice Springs’ monthly poetry night. The Red Dirt Poetry Festival was born in 2014 and what a year, what a festival, what a collective of souls. If you didn’t go, you missed out.

2015 saw funding cuts across the arts sector which affected everyone. As a performer and organiser who relies more heavily on public support than grants I didn’t think this would affect me too much. How wrong I was.

The disastrous 2015 had reduced opportunities for all artists and organisations ability to pay artists. In previous years interstate festivals and events often had money to pay appropriate fees, flights and even accommodation – the holy trinity of a traveling performers life.

But 2015, saw the purse strings tighten as the Federal government de-stimulated the arts. While some arts organisations retained the bulk of their funding it’s clear that the smaller artists, the individuals, the rebels, well, they’re in for a lot more unpaid work.

The 2016 Red Dirt Poetry Festival was deemed worthy by the powers that be to fund. This means performers will get paid properly and have a place to sleep that’s not sharing a bed or patch of floor at my house. 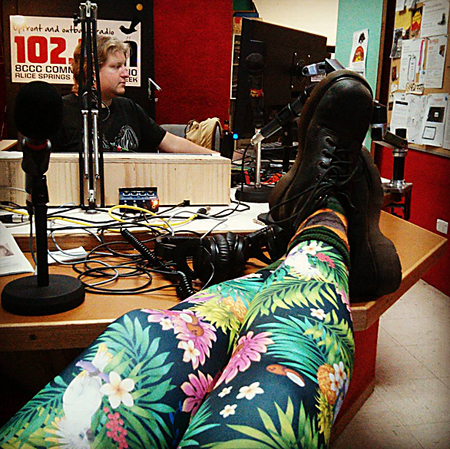 Don’t get me wrong, it was an amazing festival and the floor atmosphere was great, grassroots events are always a world of fun. But being recognised enough to get some funds to do it a bit better, well, that’s the icing on a very delicious cake.

So 2015 has been a rollercoaster of the bad and the good, and while it’s seen attendance numbers fall at The Dirty Word it has seen some of the best poetry and spoken word performances in it’s history.

Sonic Titans on 8CCC (the show I have with my partner Nico) has finally found its true shape and form.

My tour of The Dirty Word NT was extended to include workshops in Tennant Creek alongside the Barkly Arts’ tremendously successful Desert Harmony Festival and a workshop and open mic in Katherine with the support of Katherine Regional Arts and Darwin workshops thanks to the NT Writers Centre.

I should thank Rocky’s Pizza for their support, I got to drive a pizza delivery car all the way to Katherine! That was a huge, hilarious highlight – thanks Rocky’s!

I’m very lucky to have the support networks I have here, a far cry from the drunken bundle of nerves who first got on stage to “just do a poem”. My biggest complaint is that 2015 felt like a hectic ball of nervous energy, it’s like a Thursday I just couldn’t get the hang of.

With all that said, I’m glad 2015 is over. For the first time in my life I’ve been actively excited that the calendar has changed. This time, I’ve been the pessimist. 2015 is dead. Long live the New Year!

2016 has only just begun and I couldn’t be more excited, it brings with it new challenges, new horizons, new travel, new stories and new opportunities.

Exactly what does this year have in store for Laurie May, The Dirty Word and Red Dirt?

Well, The Dirty Word will be back at Totem Theatre in February after a much needed rest (to write poems) and the Red Dirt Poetry Festival is going to be bigger than ever, thanks to Arts NT.

Red Dirt still needs more support though and I’m excited to announce new partnerships have been made and old ones strengthened. This is still a grassroots affair and without local businesses and audiences we couldn’t do it, here’s looking at you Diplomat Hotel and Epilogue Lounge. 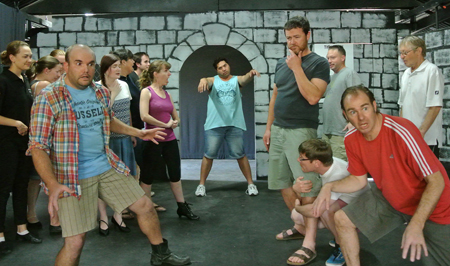 And what’s going on with Totem Theatre this year? It’s going to be huge! Our little theatre that could keeps getting better and better. Please do keep an eye out for what’s on and get involved. Local theatre and arts depends on you.

As for the rest – well – that hasn’t been decided yet. Who knows what the new year will bring. I hope happiness, creativity, expression, community and development. For myself yes, but for everyone who aspires to do something. Alice Springs has given me more than I could ever have dreamed of and I like to try and give back what I can but it will never be enough.

As always the hot weather and festive season sees friends both old and new leave town. They pack their bags and descend on southern states en masse by road and plane.

Sometimes they come back, sometimes they don’t. I’ve been in the Territory long enough now to know this is just the way it is and one day, maybe, that’ll be me. But not this year. I’ll be here waiting with open arms to welcome the new faces and greet old ones with a cold drink, an open theatre and a stage to speak from.

I have a story for you. One night my partner, Nico, and I were making dinner at my aunt’s house. We’re quite the spectacle in the kitchen, faux bickering about salt or spoons. Anyway, my aunt was watching a kitchen show on TV, she yells out to us (in the ad break) that we’re just as hilarious as the people on TV and we should enter the show.

Absolutely dumbstruck we looked at each other and said, “Turn the bloody TV off then and come sit in the kitchen!” That’s what The Dirty Word, community radio and arts events are all about I suppose.

It’s about turning off from commercialised entertainment and taking part in what’s going on around you. If you’re not already doing it, make 2016 your year to get involved in your local arts scene, go to shows, watch plays, listen to community radio, support your friends and your neighbours and just get amongst it.

PHOTOS from Laurie May’s Instagram album, and the Totem 2015 production, Young Frankenstein. Photo at top by Else Kennedy.