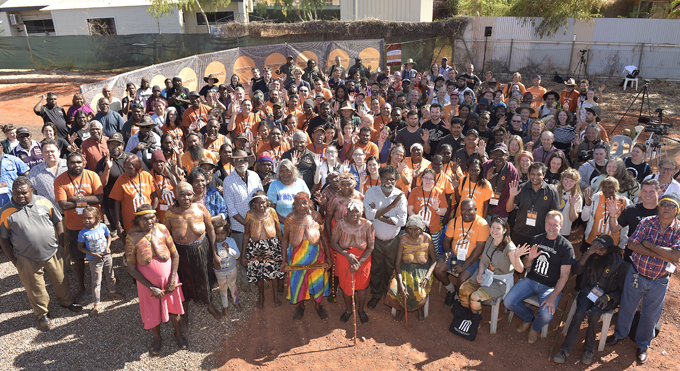 Lajamanu was host last week to 180 remote media workers and industry partners from across Australia who gathered on Gurindji and Warlpiri Country for the 17th National Remote Indigenous Media Festival.

There were industry forums, award presentations and an array of skills workshops and short courses led by inspiring trainers from across the national Indigenous media industry. The festival plays an important professional development role for people working in very remote communities.

Senator Nigel Scullion, Minister for Indigenous Affairs announced funding for the IRCA to become the national peak body from mid 2016.

More than 300 Lajamanu community members join  delegates for the ICTV Outdoor Cinema followed by two nights of screening for the Lajamanu youth.

Those unable to attend tuned in to PAW Media’s radio network, which was carried on other regional radio networks across the country, or followed the highlights via Twitter: #rimf and Facebook: IRCA Australia.