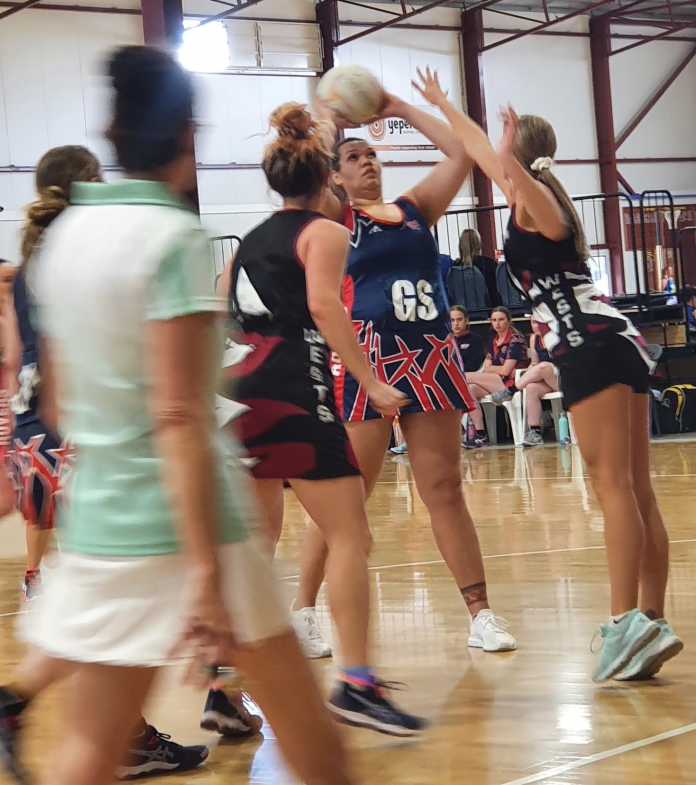 The ongoing challenge of the KFC A Grade season continues for the Wests Gillen Club team tomorrow.

There have been seven thumpings handed out to Wests already this season and there is no reason to suggest this week will be any different.

Rovers shooter Wendy Stafford netted a career-high 72 goals in the goal-fest last week and is shooting for more.

Recruited, by Lauren Parai at the start of the season, the former Queensland state league player has, been an ideal replacement for Piper Nicholai who suffered a season-cancelling injury in the 2020 grand final.

Stafford has quickly formed a formidable combination with Molly Southam in the attack circle.

“Molly has done really well moving to goal attack, a position she has not played much before,” she said.

“I started playing when I was six and as I was tall, they threw me the goal shooter bib and I have always played there.

“I am a competitive person and always locking to score more goals.

“The netball is different here from Cairns but I am used to some of the rough play.

“It is not only me. The Centre court is important in getting the ball in to advantage.

“Lauren is such a good player at Centre leading the team.”

There is also interest in the A-Reserves games with three teams – Federal Club Eastside, Wests Epilogue and Wests Gillen Club – chasing the two spots in the finals behind Rovers Complete Construction and Neata Glass Giants.

In Yeperenye B-Grade, Federal MPH will be out to continue its unbeaten run.

The same applies to Rovers Complete Construction in B2. This grade has five teams separated by two wins from second to sixth.

All the 17-and-under games have interest with Giants Bark’n’Bath out to remain undefeated. These games are spread through the afternoon from 1.30pm.

The 15-and-under games are from noon with the junior games in the morning from 9am.