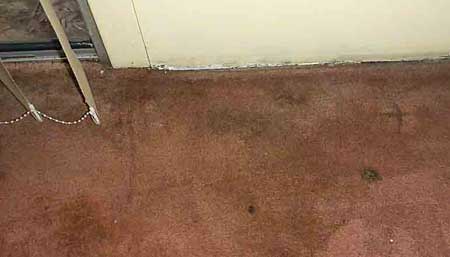 Insurance for homes leased to the NT Government’s Territory Housing may become void because the government instrumentality does not pay bonds to landlords or their agents.

This was the bitter experience of of a woman who bought a home in Sadadeen through Framptons five years ago, and contracted the real estate firm to lease it out on her behalf.

When she tried to claim this month for damage done to the home by the tenants – hospital workers – she was given by QBE / EBM Insurance the following reasons for declining cover: “You have confirmed that your lease with Territory Housing is for public housing and that the tenants residing in the property were not named on the lease.

“You have also confirmed that a bond equivalent to four weeks rent was never collected.”

The woman, who lives interstate, says she was never informed by Framptons that her home insurance could be voided for those reasons, nor that the tenant had not paid a bond. 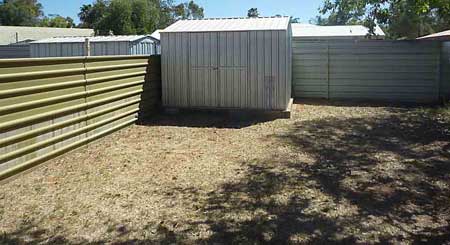 She says Framptons recommended Territory Housing as a “good and reliable tenant” and she accepted the firm’s advice.

Framptons Managing Director Andrew Doyle, when offered the right of reply, provided the following statement: “Erwin, as always no comment, but please check your facts.

“Lease was a standard Territory Housing lease signed, documentation was correct and that has been confirmed with George [James of Consumer Affairs].

“Territory Housing do not pay bonds to Agents and that again is standard practice. Our Lawyers will be monitor [sic] what is published.”

Mr James says: “I must advise this matter is currently an open file before the Commissioner and therefore our office not in a position to comment.”

The woman says she is surprised about Mr James’s statement.

She says when she sought the assistance of Consumer Affairs she was told by him that “there was little chance of an outcome in my favour so the application was never lodged”.

She says a mediation took place on November 13: “Tenants vacated on September 20 and none of the outstanding cleaning or damage repairs have been paid.”

The woman says Framptons had charged a management fee of 8.8% of the weekly rent which rose from $550 to $620.

Framptons also charged one week’s rent every year as a “letting fee” although it was the same tenant for all of the five years.

She insured the house with QBE / EBM Rent Cover, a major national firm.

The woman became aware that damage had been done to the house, including the destruction of carpets and knife cuts to a kitchen surface.

The property was dirty, and while the cleaning is the tenants’ responsibility, to be enforced by Framptons, this had not been done.

The woman was sleeping in a swag in the otherwise unfurnished home for a month, trying to sort out “this mess”.

FOOTNOTE: We have removed the name of the woman from this report, upon her request.

Drenching rainfall from a significant cloud band developing over Central Australia is forecast from Sunday. Yulara could see up to 15 to 20mm from persistent...
Read more
Issue 39

Pat Turner AM: Australian Government is kicking the can down the road on the Voice to Parliament

For Australia to have a strong human rights leg to stand on when it comes to engaging with other countries on their records –...
Read more
Issue 39