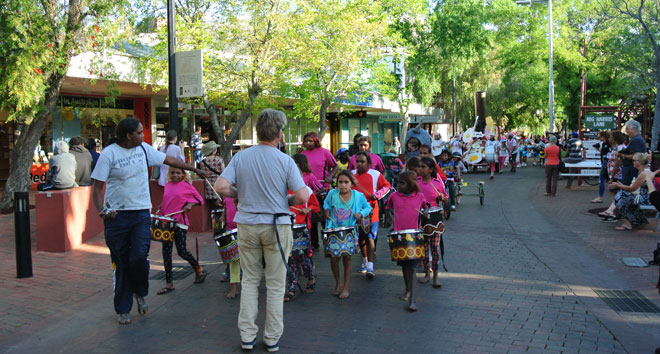 ‘Come, they told me, the festival is here.’ Drum Atweme. 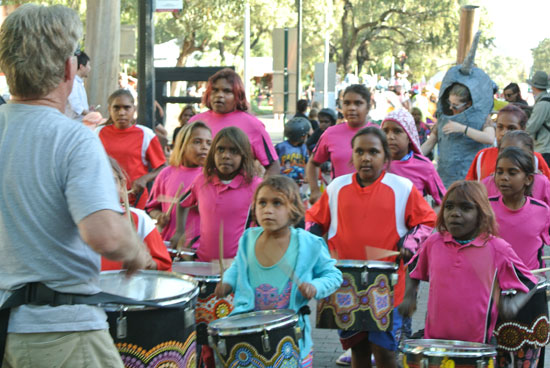 All eyes on the band leader (Pete Lowson). 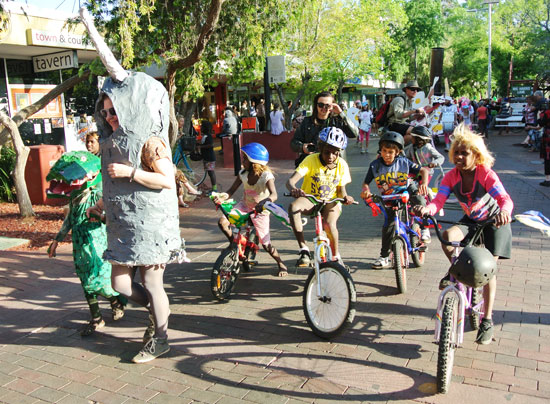 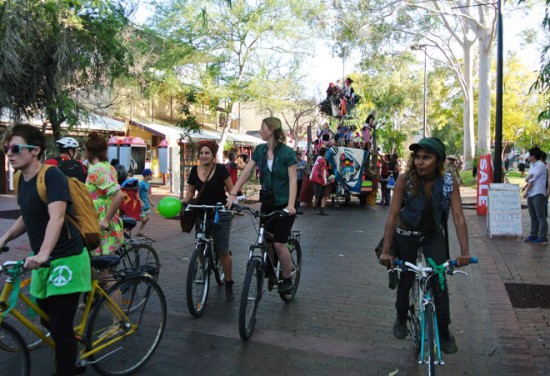 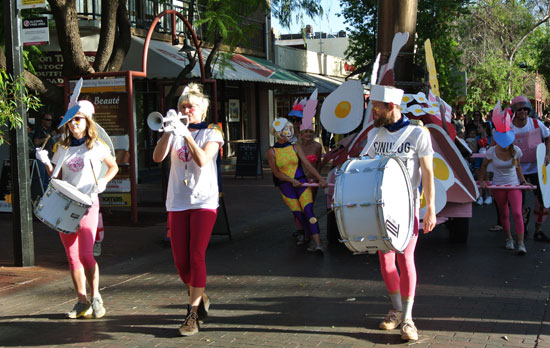 A marching band with circus flair. 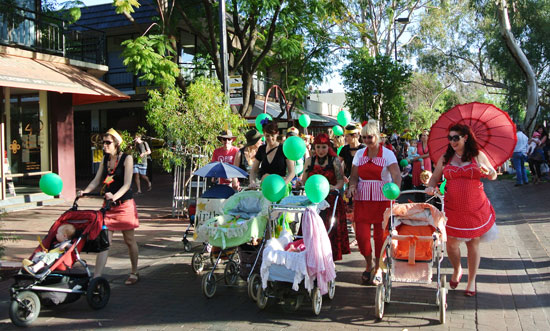 New arrivals and more on the way. 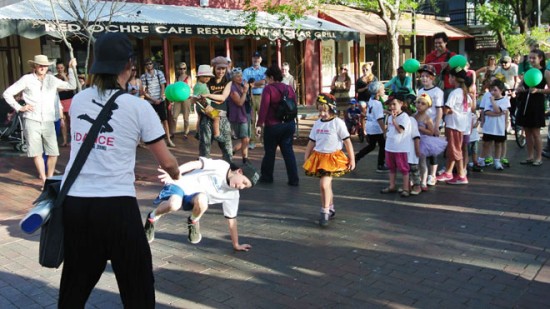 Dusty Feet hip-hoppers and other movers of the future. 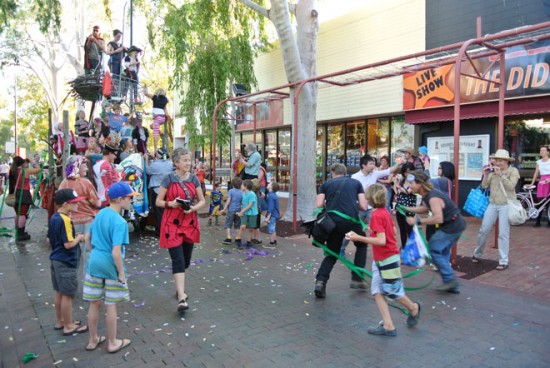 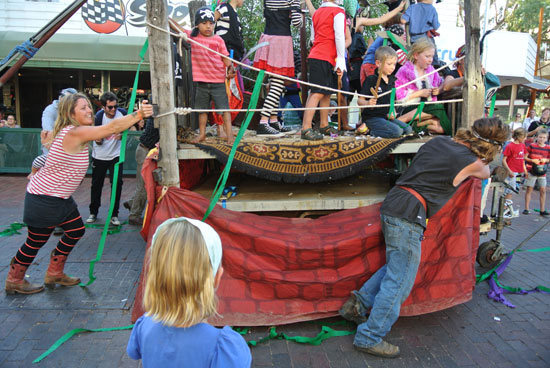 Shoulder to the wheel for the mums and dads. 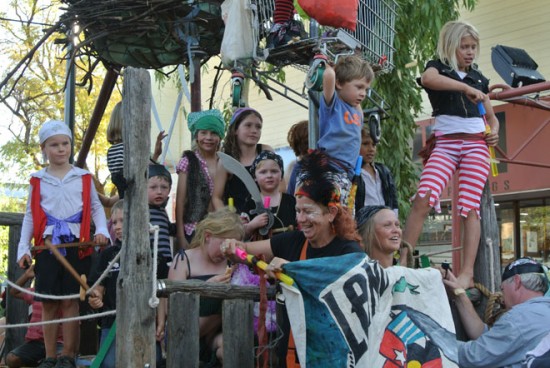 Happy little pirates, and some big ones too.

You were colourful, noisy, fun for all involved but there’s no doubt that as last night’s festival opener, the traditional street parade, you were small and attracted only a small audience. But then Alice is a small town and this month its creative energy is stretched in many directions. Are we big enough to host what was conceived of as a town-wide, even regional, festival at the same time as a fringe festival (Free BBQ Cash Giveaway) and hot on the heels of  Desert Song Festival (whose core event was once part of the program) and Desert Mob? Time for a collaborative rethink on scheduling? And maybe a rethink on core purpose and form?
Kieran Finnane