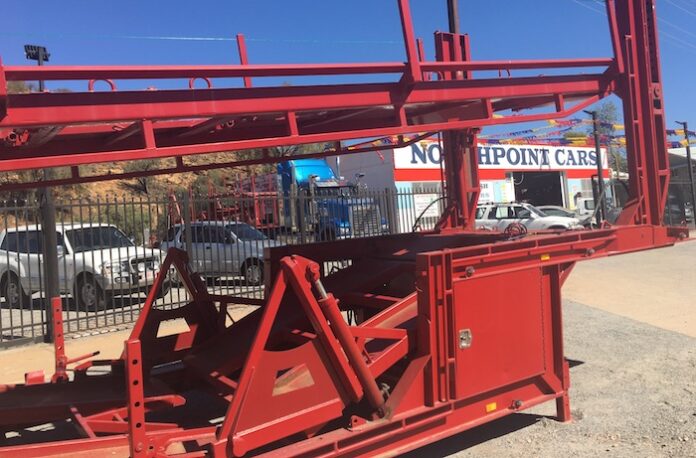 After 45 years of selling cars, partly in Alice Springs including the past seven year, Stephen Rogers (at right) thought he’d seen it all: The start of 2020 was looking not too bad, fitting into the pattern of the industry’s minor ups and downs, February and March usually being quiet.

The opposite was the case: The Federal Government’s string of economic rescue initiatives, starting in April with early releases of superannuation savings, opened a money flood that saw car yards on the North Stuart Highway filling and emptying several times over.

No sooner a load of used cars arrives in town they are snapped up, says Mr Rogers.

Some people form bush communities are buying two at a time, says another dealer.

Unsurprisingly a $6000 car now costs $8000, a result partly of drops in new car purchases in South Australia, the trade-ins becoming the source of most used cars sold here.

Mr Roger’s dealership, Northpoint Cars, caters 60% for buyers in the bush, 40% to townies: “They are more likely to buy our convertibles,” he says.

“Super” plus a string of new or increased welfare payments have “turned around the doom and gloom expected,” says Mr Rogers.

The usual source of cash for cars, mining royalties between March and November and baby bonuses, supplemented by money from Canberra, have led to an “unprecedented” boom.

During lock-down Mr Rogers handed over cars to buyers at the police checkpoints out of town.

Also unsurprisingly, there was a significant rise in the cost of transport from Adelaide, to nearly $1000 per car.

The industry veteran’s solution: Buying a Mack (the blue prime mover in the photo at top) and a B-Double car carrier.