Rubbernecks (we love you!) by numbers 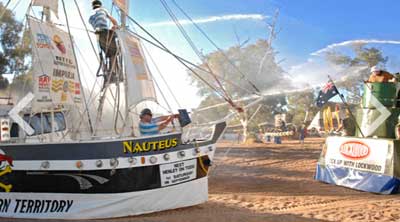 Which has the greater number of staff in the tourist town of Alice Springs – the major visitor accommodation businesses or the hospital?

Doing the numbers about the tourism industry is an instructive pastime.

Try this one: who makes more money, the 16 operators in Alice Springs or the eight in Lasseter (formerly Peterman)  – that is essentially Ayers Rock and King’s Canyon resorts?

You probably got it wrong again: Alice earned $9.2m and Lasseter, with one-third fewer staff, made $10.7m in a three months period. And Lasseter left The Alice for dead when it came to the average takings per room occupied: $225 compared to $110. 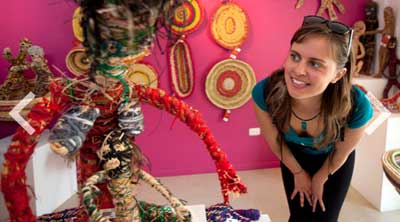 There are several problems with these figures: They are old (covering the quarter ending June 2013) and they don’t split holiday makers, who may be responding to advertising by Tourism NT (TNT), and other travellers, from relatives and salesmen to bureaucrats and politicians, who come irrespective of advertising.

In the year ending September 2013, according to TNT stats, only 68% of all visitors coming to Alice Springs were holiday makers, staying 59% of the nights spent. That makes the holiday industry in Alice Springs look even more sick, and a lot poorer still when compared to Lasseter, where the great majority in the “all visitors” category would be holiday makers.

TNT says in the year ending September 2013, “there were fewer visitors travelling to Central Australia (down 8.1%) with visitors to Alice Springs also lower (down 9.7%).”

Old timers in the industry say the Alice Springs figures are well down on the heyday of the industry as properties have either shut down or been converted to permanent accommodation. 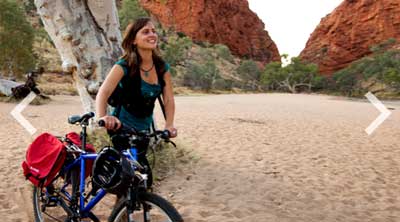 The ABS data are for the following categories of establishments: hotels, resorts, motels, private hotels, guest houses and serviced apartments with 15 or more units or rooms.

It’s a puzzle how TNT gauges the impact of its advertising when it has no independent and short-term surveys of “all visitors” and “holiday visitors”.

In the research for this report TNT directed us to ABS data which, as mentioned, cut off in June last year. Would this not make it hard to measure the impact of “Do the NT” campaign which started in September 2013? TNT says it is now doing more of its own surveying.

A TNT questioning of 68 “centre operators” in December 2013 showed a slight upswing in that quarter over the disaster year of 2012.

Is the TNT’s deal with the Melbourne Demons bearing fruit? It’s had to say.

While TNT claims its value last season was “approximately $1.5m in terms of exposure in electronic and print media” it doesn’t say how much the deal is costing the NT taxpayer: that figure is “commercial in confidence”.

The Alice Springs News Online has asked for, and was promised, the assessment report by a sport sponsorship measurement agency. In the meantime we’ve received this statement:-

“The value goes far beyond [the $1.5m] in the benefits it offers. This sponsorship enables us to tap into the AFL’s massive following, particularly in Melbourne.

“The Demons have a membership and fan base that fits our target market demographics of visitors over the age of 50 with high income and high preference for long stay travel. 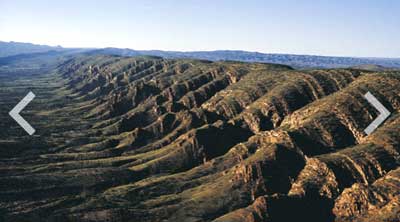 “It gives us the ability to market to the Demons’ member and corporate database via direct email and advertising on the club’s website, to offer specific travel packages endorsed by MFC players to members, access to the crowds at the MCG to promote subscription to Tourism NT promotions that highlight offers from partners, suppliers and operators, and to access the large MFC corporate / business community to further opportunities to attract business events to the Territory.”

Meanwhile moving the TNT office in the Peter Sitzler building on North Stuart Highway, partly or wholly, to upstairs in the Alice Plaza shopping centre “is currently being planned.

“As floor plans are not yet finalised, the number of staff to move and floor space to be occupied by Tourism NT is not yet confirmed.  Likewise a date for the move is not yet set,” according to a spokesman.

IMAGES from the Tourism NT website, emphasising the great outdoors. When it comes to Aboriginal culture the focus on the baskets and small figures by the Tjanpi weavers sells short what is truly unique in The Centre: the art, lore and ceremonies of the world’s oldest surviving culture.