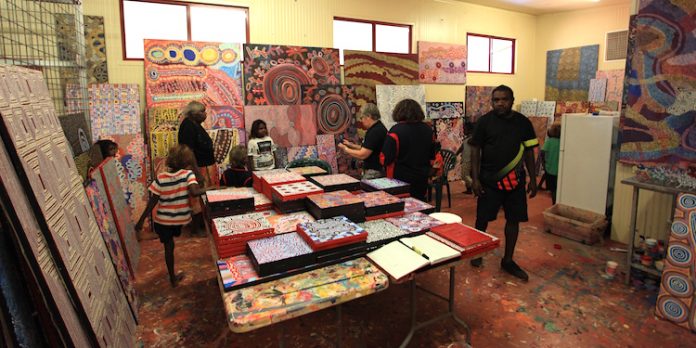 “The rainy day is now,” says Graeme Smith: The $1.2 billion in the Aboriginal Benefits Account, locked away in term deposits by the Minister for Aboriginal Affairs, was always meant to be partly an emergency fund.

Some should be used for development and raising the standard of remote living, right through from putting in a rainwater tanks to fixing a door on a verandah in one of the hundreds of neglected homelands in the Territory.

But the majority of the money should be used for wealth creation for the enduring benefit of Aboriginal people.

Mr Smith (pictured) says he is speaking as a private person, but with decades of management experience in Aboriginal issues, including with the Central Land Council, and as a some time negotiator with the Federal Government about the use of the ABA money, going back as far as Minister Robert Tickner.

“It was always meant to be an emergency fund,” says Mr Smith, of perhaps some $30m, but over time, and a succession of Ministers, it has ballooned to 40 times that amount.

The initial purpose, as part of land rights in the Territory in the 1970s, was to “cut the umbilical cord to the Federal Government,” creating enterprises that would sustain the Aboriginal population when mining royalties – attracting a 10% royalty for traditional owners – run out after mineral resources are exhausted.

The Aboriginal royalties in the NT are divvied up 30% to the traditional owners (via a Federal grant process), 40% for running the four land councils in the NT and 30% for the ABA.

In the meantime there is gas yet to come on stream, but renewable energy may make it obsolete.

At the moment the manganese producer GEMCO on Groote Eylandt is by far the biggest contributor to ABA.

Mr Smith says as things stand the Minister – currently Ken Wyatt – is required to take advice from Aborigines about the use of the money, but the decision remains his alone.

“They can sit on the money as long as they like.”

In addition to economic benefits, clever investment of the massive fund would have profound social consequences.

Better facilities in the bush would reduce urban drift.

Wet canteens have been discussed for decades.

Facilities for remote courts could be created, to deal with criminal cases now heard in town.

There would be a massive increase in work for tradies.

The pressure on Alice Springs, in the form of street offences by bush kids, would also be reduced, says Mr Smith.

Most importantly, a much broader basis for commercial development would be created: “Centrefarm is waiting funding,” says Mr Smith. “It’s not just housing. There are shovel ready projects looking for seed funding.

“Desart have a wish list full of art centres that require urgent upgrades or even the creation of new ones where none exist. Art centres bring employment, wealth and income to remote outstations and communities.

“It appears we need to spend money, to make money in the right areas of agriculture, horticulture, tourism and art centre projects, which is a simple business proposition that adds up,” says Mr Smith

“The status quo can not continue.”

The ABA money should not be used for ongoing spending, but to establish and foster businesses that make the Aboriginal population self-sufficient.

The pandemic, rather than making access to the funds even more urgent, is blocking it even further, with advisory meetings having to be delayed.

Mr Smith says he is determined to bring these issues to public attention, so the fund can be returned to its original purpose, and begin to work.

PHOTO at top: The busy Warlukurlangu art studio at Yuendumu, headquarters of a thriving business.

A spokesperson for Mr Wyatt provided the following response: “The ABA is a Special Account established as part of the arrangements under the Aboriginal Land Rights (Northern Territory) Act 1976 (ALRA), that benefits Aboriginal people living in the Northern Territory (NT).

The Morrison Government is committed to working in genuine partnership with Land Councils in the Northern Territory to advance the interests of Indigenous Australians.

The Minister, working with the Land Councils, would review any specific request or proposal on its merit and proceed accordingly.

In keeping with our commitment to work in partnership it would be inappropriate for the Minister to act unilaterally as suggested.