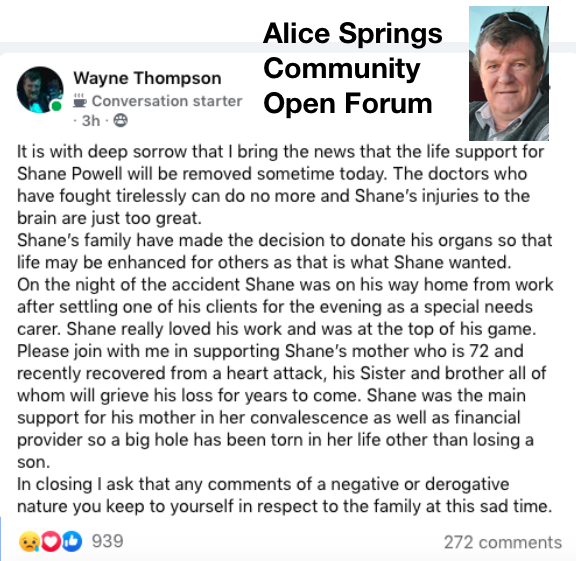 A motorcyclist who was struck in a hit and run incident in Alice Springs last week has died in hospital interstate, police disclosed this afternoon.

“The five occupants of the vehicle which struck the 47-year-old man, will have their charges upgraded,” says a media release.

“The three youth offenders involved in the incident will appear in court tomorrow.

“One man has been remanded in custody to appear at a later date, and the other man will appear in court on November 3.

“A report will be prepared for the coroner,” says the report.

IMAGE: A Facebook post by prominent local Wayne Thompson who started a donations appeal for the man who died today.

Facebook
Twitter
Pinterest
WhatsApp
Previous articleLambley trouble started six months ago, says Alliance (updated)
Next articleAs the government is failing, all eyes are on the council