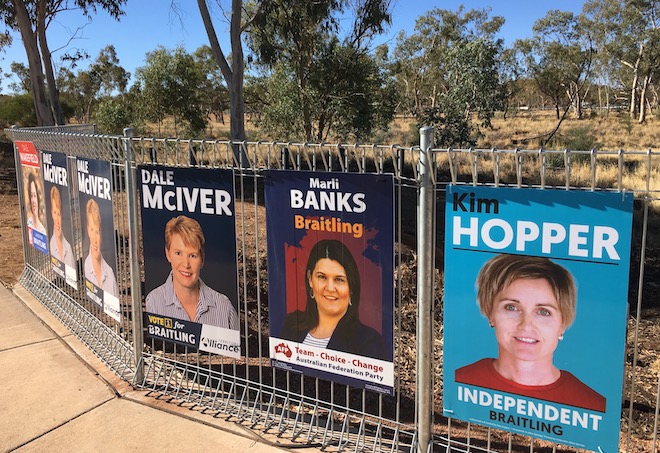 Almost 14% of the Territory has already had their say in the August 22 election via early voting, says the NT Electoral commission.

Here in Alice Springs voters have been streaming through the early voting centre at the old ANZ bank on the Todd Mall.

In Braitling, where the grand total of seven candidates are jockeying for around 5600 votes, 693 ballots are already in the box, in an electorate that will surely go down to the wire.

Independent candidate for Braitling Kim Hopper says that with so many days of early voting, whoever comes out on top in Braitling will be the winner of  “an endurance race.”

Ms Hopper, who is running on a pro-renewable, anti-fracking policy slate, says that the implementation of a Safe Drinking Water Act is essential for the future of the Territory.

“At the moment water testing regimes in most of our bush communities are legally unenforceable, unregulated and the water supplier (usually Indigenous Essential Services) is not legally accountable to residents.

“There are no enforceable minimum drinking water quality standards across the NT, and drinking supply is unlicensed in remote communities (unlike major towns).

“The water crisis is set to intensify with a huge number of communities across the NT at risk of running out of drinking water as we enter a hotter, drier climate with less certain rainfall,” says Ms Hopper.

“Many more have been left for years to drink water with unsafe levels of contaminants caused by reckless mining and government neglect.” 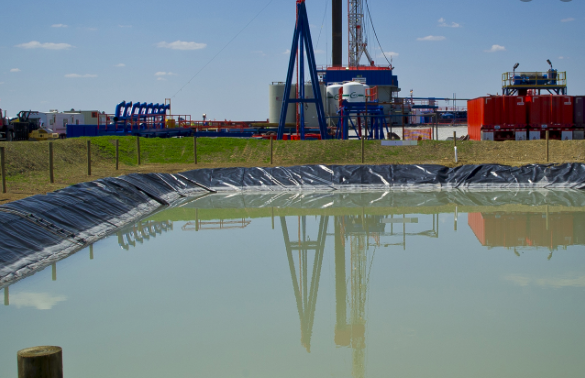 The Independent says while a Safe Drinking Water Act would hold people and organisations accountable, vested interests and poor policy are the heart of the cause of these problems.

“The Gunner Government’s regulatory framework for water is wholly inadequate to protect our water supplies from high-risk activities like gas and oil fracking.

“Fracking, supported by Labor and the CLP, is an extremely water intensive industry, and undermines the Territory’s fragile water security.

“A single fracked well can use up to 60 million litres of water. There exists a wealth of peer reviewed scientific literature that demonstrate the risks fracking poses to water.”

Ms Hopper points to the NT Government’s own inquiry conducted in 2017, as proof of the dangers posed to the Territory’s water supply by fracking.

That inquiry found that the data regarding the NT’s water supply was “insufficient to permit the risks associated with the development of any onshore gas industry in the NT to be assessed.”

Ms Hopper says legislative action must be taken to stop SANTOS and Origin Energy from accessing the nearly 400 million litres of water they have been permitted from the Barkly tablelands, an area that is currently in extreme drought.

For Ms Hopper, all of this ties into reducing government debt.

Ms Hopper says, as in Independent, she would fight for legislation that enshrines confidence in the fact that “liveability of our Arid Zone is at the forefront of our Government’s agenda”.

By doing this, the government can attract investment and make the Territory the “renewables powerhouse” it should be.

This in turn would create jobs and drive up the population and ease debt, says Ms Hopper.

Every policy sticking point and difference will likely make a difference in Braitling, where preferences are sure to play a role.

For example, Ms Hopper, who completely opposes onshore drilling, has a relatively similar stance on the subject to the newly formed Territory Alliance.

That said, they agree on little else. Hopper has placed TA candidate Dale McIver sixth out of seven on her how to vote card, indicating that the surprising anti-fracking stance of the new conservative party is not enough to gain her support.

The Battle for Braitling is already one-tenth over, but the result is impossible to guess.

Photos: top, the female side of the Braitling race; above, fracking wastewater, online image.