Gunner's native title deal not what it seems to be 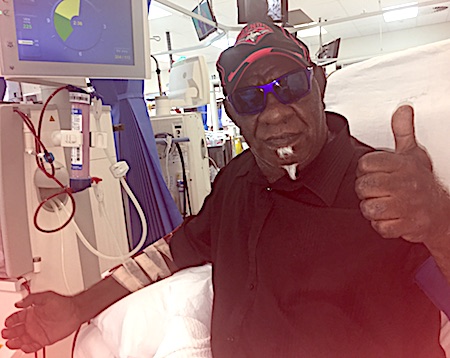 Serious doubt is being cast over statements from Michael Gunner by Fabian Conway who chairs Irlpme, one of the three estate groups that make up Lhere Artepe.

The Chief Minister in his “2020 – The Year Ahead” speech said an “in principle agreement” with the native title organisation will release five parcels of land in the town for a string of developments (see map).

But Mr Conway (pictured, a dialysis patient for 18 years) says Lhere Artepe, of which he is a board member, has never shown him the plans, nor has he given his approval for them on behalf of his family.

The Alice Springs News gave a heads-up to Mr Gunner’s media officer on Thursday that we had been informed of Mr Conway’s position.

The minder did not reply but a few hours later the Lhere Artepe CEO, Robert Campbell, contacted Mr Conway, asking him to sign a document.

“We now have an in principle agreement. This will unlock land for Alice and or jobs for the Arrernte. More recognition for the Arrernte, for support [of] the young and old Arrernte. Details of five new parcels of land [are] in the kits you got today.”

Mr Conway spoke exclusively with the News this morning. 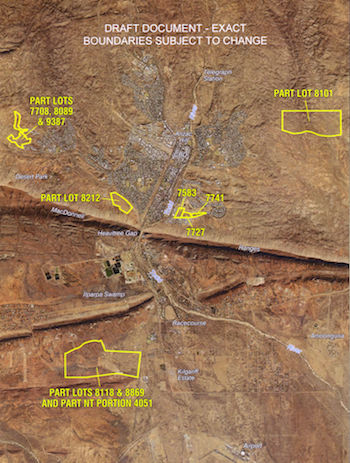 He said about the map referred to by the Chief Minister: “They never showed it to us. They told me nothing about this money” referring to the potential fee for relinquishing native title for the land under an Indigenous Land Use Agreement (ILUA).

Mr Conway spoke about the value of the land identified, suggesting it would amount to several million dollars, but again his estate group was not included in any discussions.

He said he did not sign, nor had he ever been asked to sign, any documents underpinning the deal Mr Gunner was speaking about to some 200 invited Alice locals earlier this week.

He said the signatures from all three estate groups are required for the deal.

“Are you going to give your signature?” asked the News.

“No” was the answer.

Mr Conway said the dealings of Lhere Artepe were quite unclear to him. He was surprised to learn from the News that Lhere Artepe has $3.7m in the bank.

Mr Conway said a Lhere Artepe general meeting is “coming up soon”. He was unclear about when the most recent one had taken place except that it was last year.

He said Shane Lindner is the Lhere Artepe chair person now, as well as heading up the Antulye moiety, but he said he can’t do both.