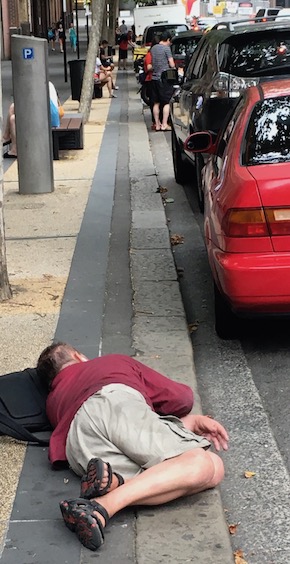 In my note to thank Bob Beadman for his incisive comment I put the following question:-

“Given, as you say, there is a case for determining “relative need” between the widely divergent circumstances of First Australians in different parts of the country, what is the case for treating First Australians as a separate group in the first place?

“With the 1% smiling at the rest of us from up high, there are circumstances in the general community that are growing more widely divergent by the minute, in all parts of the country.”

Mr Beadman replied: “It probably goes back to the way this country was annexed to Great Britain. Terra Nullius indeed! An historical lie.

“I don’t think the issue of reparations has been finally settled either, given the way Native Title emerged from the High Court in 1993.

“The issue of Treaty won’t go away, and various States are committed to the process. Constitutional recognition will not go away either,” Mr Beadman emailed.

“Or to the way the Crown’s instructions to Governor Phillip (to ‘protect’, or whatever, the Indigenous occupants – historians could quote chapter and verse) were not complied with.

“Or the shameful way the brutal frontier dealt with Aborigines.

“Then there are the various international covenants on the treatment of Indigenous peoples that Australia is a signatory to, and is being judged against.

“I also think there is evidence of “shame” in our collective psychological framework.

“All that aside, I think it is only proper that we give a hand-up to disadvantaged groups. But one-size-fits-all national policies will always miss the point, and attract a backlash.”

PHOTOS Alice Sprigs News Online: White man in the gutter in Sydney tonight – no monopoly on trouble for Aboriginal people. Below and above: Signs of poverty and homelessness in the nation’s biggest city. 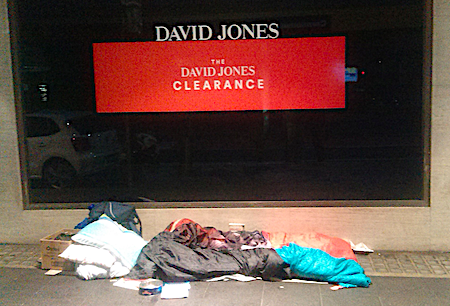