Home Issue 8 Voice to Parliament: Scandinavia can do it, why not Australia?
Issue 8Issue 9Volume 25

Voice to Parliament: Scandinavia can do it, why not Australia? 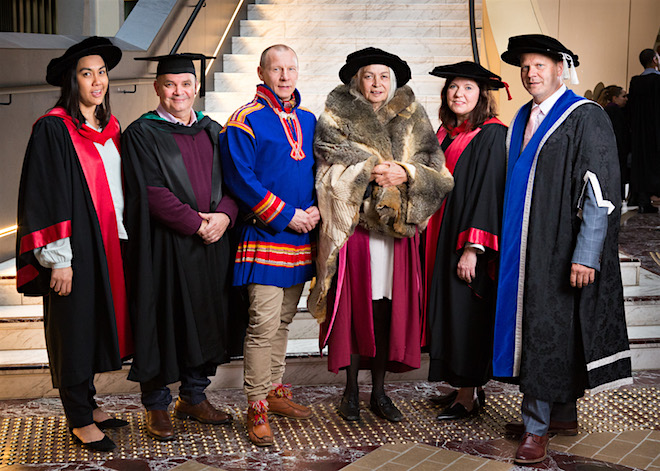 The Sámi people are the Indigenous people of Sápmi, an area in the northern Scandinavian countries that was colonised and today crosses the borders of four nation states, Norway, Sweden, Finland and Russia.

Russia does not allow an ethnic parliament but the other three nations, parliamentary democracies and considered among the most successful human societies on the planet, all do, to a point. With a decades-long history now, Sámi political representation continues to evolve.

In Australia, a final report from a parliamentary inquiry on constitutional recognition for First Australians is imminent. Meanwhile, the Labor Party has promised to legislate a Voice to Parliament if they win office in the next election, which is looking increasingly likely. A Voice to Parliament was a key request of the Uluru Statement from the Heart.

So what has the Sámi experience of their parliaments been?

The following account is drawn from the  2018 Narrm Oration delivered by Niklas Labba, Academic Director of the Centre for Sámi Studies at the University of Tromsø – Artic University of Norway.  The Narrm Oration, delivered annually at Melbourne University since 2009, profiles leading Indigenous thinkers from across the world. Narrm refers to the country of the Melbourne region.

Mr Labba has worked for the Norwegian Sámi Parliament as the head of section for Sámi language management and language politics development. He grew up as a traditional reindeer herder which he combines today with his role at the University of Tromsø.

“I am Sámi born and raised in a Sámi cross-border reindeer herding family in the north of Scandinavia,” Mr Labba said. “We have our summer pastures in the Norwegian high mountains. That is the natural summer grazing area for our reindeer. Winter time we lived in a house in a small village in Övre Soppero – the Torne river valley in Sweden.”

Professor Shaun Ewen, Pro Vice-Chancellor (Indigenous) at the University of Melbourne, said the story of the Sámi offers profound lessons on the operationalisation of an Indigenous voice to Parliament, and the related concept of self-determination.

“With Sámi people divided across four nation states – Norway, Sweden, Finland and Russia – the likely future for the Sámi differs greatly across those states.

“Only in Norway is the right of the Sámi to self-determination recognised and an agreement between the Sámi Parliament and the Norwegian state in place that the former should be consulted about issues concerning the Sámi people. This is, in principle and in part, what the Uluru statement requested: an Indigenous voice to the Australian Parliament.”

There are some 80,000 to 100,000 Sámi, with about half of them living in Norway. Their cultural and linguistic communities cross state borders. There are three recognised Sámi languages – North, Lule and south Sámi – but in total there are 10 Sámi languages.

Reindeer herding is an exclusive Sámi right in Sweden and Norway, while in Finland every EU citizen living in a reindeer herding area is theoretically allowed to own and herd reindeer. Today there are approximately 13,000 Sámi connected to reindeer herding, divided into 170 different reindeer herding migration systems, using up to one third of the geographic area in the northern part of the Scandinavian peninsula.

In the early 20th century Sweden, Norway and Finland focused their Sámi policy mainly on reindeer herding, which Mr Labba suggests could be seen as a strategy to neglect the non-reindeer herding Sámis, pressuring them to assimilate.

Thereby the Sámi people would be marginalised to become “the herders of the tundra”, while the nation states were built, Norway from 1905, Finland from 1918.

In Norway it was forbidden to use the Sámi language in official settings and in schools. Teachers were paid bonuses for getting Sámi kids to talk Norwegian.

In Sweden and Finland, only reindeer herders were defined as Sámi, and Sámis were not allowed to own land or live in houses. The official reason was that the state wanted to prevent settlements in the mountain areas.

In the 1950s emerged the first generation of Sámi with higher education and non-reindeer herding Sámi organisations were established, with cross-border cooperation. Sámi people started to get international focus and that forced the Nordic governments to look at the Sámi situation.

The assimilation policy ended and there was a focus on Sámi language and culture.

In Finland a Sámi electoral roll was established in 1962 and first elections for a Sámi advisory group were held in 1973.

Mr Labba notes that it was the Sámi organizing themselves that got governments to see them and initiate the Sami Rights Committee.

In 1979-80 a campaign was waged in Norway against the Alta/Kautokeino river hydro power plant, with Sámi joined by nature-protecting organisations. It drew Indigenous support from around the world and got a lot of attention from international media.

The hydro power dam was built, but the Sámi were now stronger than they had been before. Their resistance to the project resulted in governments starting work to acknowledge Sámi rights.

The Norwegian government saw that they could not control the organized Sámis, and they wanted a legitimate Sámi voice, with Sámis responsible for their actions.

The Swedish Sámi parliament began differently. In 1966 the reindeer herders of Jämtland, the southern most area of Sweden, sued the state to have their land rights recognised. The Sámi lost, with a Supreme Court decision in 1981 upholding state land ownership, but the government started to take more seriously Sámi issues. They observed what was happening in Norway and strengthened reindeer herding rights.

In Norway the Sámi parliament was formed in 1989, with  39 representatives elected for four-year terms, drawn from Sámi and national political parties. It got its own building in 2000.

In Sweden the parliament was formed in 1993, with  31 representatives elected for four-year terms and drawn only from Sámi parties. They have no dedicated building to date.

Finland got their Sámi parliament in 1995, with 21 representatives, four-year terms, but made up of  individuals, no parties.  In 2012  the parliament got its own building.

Common to all three, said Mr Labba, are the issues of autonomy versus self-government, (integrated with the state); and their bureaucratic versus strategic roles.

The Sámi parliaments’ work is mainly focused on the states’ relationships with the Sámi people and their traditional economy, but the society is changing and urbanisation will have an impact.

The parliaments are founded on electoral systems, but Mr Labba acknowledged  this approach has been challenged  for taking for granted that capable Sámi would simply slip into mainstream elites, rather than seeking systems reflecting “nature inspired thinking about indigenous self-governance” as a mean to achieve total territorial control.

He did not expand on these arguments, but focussed on the differences between the elections to the three Sámi parliaments, and their effects.

With no party structure, the Finnish model is a more traditional Sámi model, but he suggested this may raise legitimacy issues in its relationship with the state.

By contrast, in Norway the issue is who will be nominated within the national parties. This  may create a legitimacy problem among the Sámi voters, but it strengthens the parliament’s legitimacy in the eyes of the majority society.

In Norway, elections are held at the same time and place as those for the national government, which means that the Sámi parliament is very visible to the majority population.

In Sweden election dates are set by the Sámi parliament, with voting done either in person or by mail. In Finland, elections are held in September every four years but voting is only by mail.

Participation in these systems across the Sámi population stands at about 50-60 %. In Norway, Mr Labba suggested, this might be because “the Norwegian state is everywhere”. It provides kindergarten and school, healthcare, social security, infrastructure and public transport. As well, Sámi people are as politically active as other Norwegians in their national system.

However, it was also seen to be the case that the Norwegian Sámi parliament’s management role in delivery of government services weakened its legitimacy amongst the voters. So in 2001 the parliament was reorganised: administrative and political functions were separated; things started to move.

Now the Norwegian government has a responsible Sámi voice with which to consult on issues concerning Sámi people.

The Sámi parliaments are strengthened by a number of international frameworks in response to which the Nordic Council of Ministers agreed in 2002 to set up a working group to draft a Nordic Sámi Convention with the objective of strengthening Sámi rights to language, culture, and livelihoods. However, the Sámi parliaments rejected the proposed move.

There were two main reasons for this: one was that in Finland, the state defines who is Sámi; and in both Finland and Sweden there was no plan to strengthen Sámi rights.

Its budget is $80m AUS annually for its admin and policy section, and to finance language, culture and business strengthening-measures. This funding level is not subject to consultation, and there is not enough funding, for example, for school textbooks for all grades or in all the Sámi languages.

A Commission for Truth and Reconciliation has been recently established. Its task is three-fold:

To carry out an historic survey of Norwegian authorities’ policies and activities in relation to the Sámi people.

To examine the after-effects of the assimilation policy today.

To propose initiatives aimed at promoting greater equality between the majority and minority populations.

“The results of the commission’s work will help the majority people to come to terms with their attitudes and myths about the Sámi,” said Mr Labba. “That will help make our common history more complete and correct.”