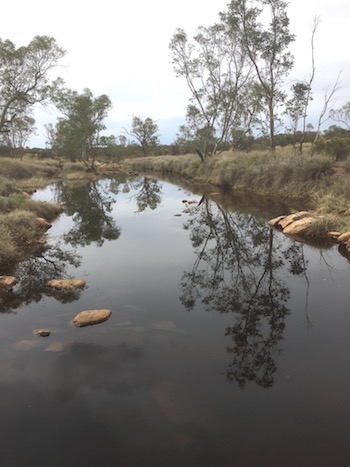 A series of troughs moving through the southern and central NT during the past week brought severe thunderstorms and rainfall to many locations, with most of the Barkly and Simpson and Lasseter districts receiving between 25 and 50mm, and 15-25mm in the Gregory district, says the Bureau of Metereology.

Alice Springs recorded 36mm of rain last week, bringing the month to date to 62mm which is more than double the November average of 28.5mm.

Another trough moving through the Lasseter and Simpson districts today and tomorrow will lead to hot, windy conditions, raised dust and possibly severe thunderstorms, including in the Alice Springs area.

This trough will move into the Tanami and Barkly Districts on Wednesday, with a chance of showers and storms as the trough moves north.