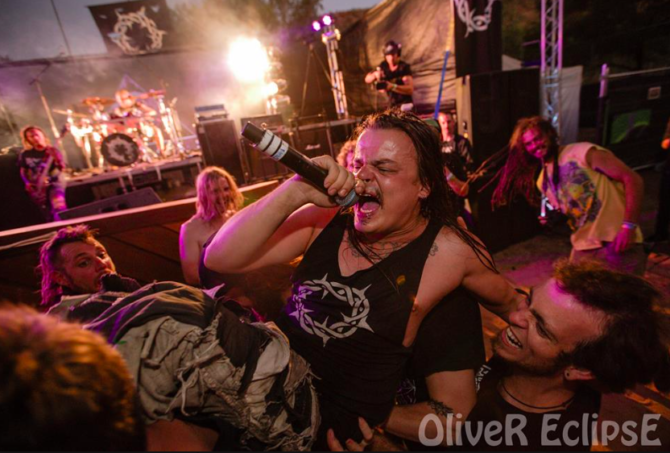 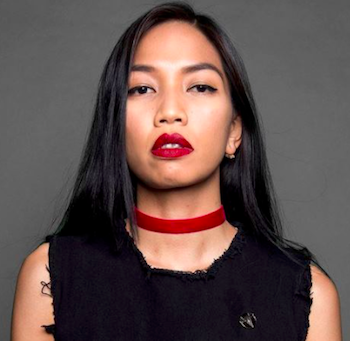 If you have zero sense of adventure and totally lack curiosity, leave town. While you still can. Blacken Open Air explodes on the weekend.

The ferocious Karina Utomo (at right) will take to the stage as the totally fierce and intimidating front lady of the radical high energy punk metal outfit, High Tension, from Melbourne.

Earth Rot from Perth will envelop the crowd with their dark and sludgy sort of feel.

Shadow Realm from Adelaide will star virtuoso Torsha Kahn, a totally super accomplished player with a pedigree of great bands: World class, unique in our landscape, earsplittingly operatic vocals, symphonically aggressive, and set to leave jaws hanging on the floor.

By the way, the author of this story hasn’t learned to talk Heavy Metal. I’m just quoting Pirate (pictured at top, performing in 2016), that unflinchingly determined impresario of the loudest music festival in The Outback, the sixth this year and growing to become one of the most noted heavy music events in Australia. 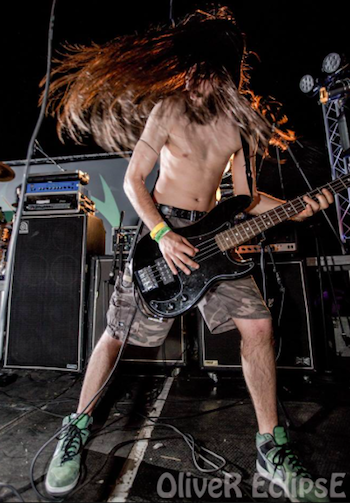 Hybrid Nightmares from Melbourne will give them their worst nightmares, a fully theatrical intergalactic space heavy metal crew, completely over the top, tongue in cheek performers in full costume.

The female fronted Scaphis death metal band was on the second stage last year. They blew minds with heaviness, electrifying performance. They will be on the main stage this year.

The festival, with 28 bands from around Australia, will make history: It will be the last year Blacken Open Air will happen in its current format at the Gapview Hotel.

Next Year’s location will be “nationally unique,” says Pirate. “Nothing like it exits in the current Heavy Metal festival circuit.

“It will be the culmination of seven years planning. It’s our most ambitious project to date,” says Pirate, on the behalf of the 50 volunteers who worked with him to create yet another national attraction for Alice Springs.

Where is next year’s location? That’s still a secret, says Pirate.

PHOTO ABOVE LEFT: Steve Montalto from Mason playing in the 2016 Blacken.