BDR lite to start on Saturday 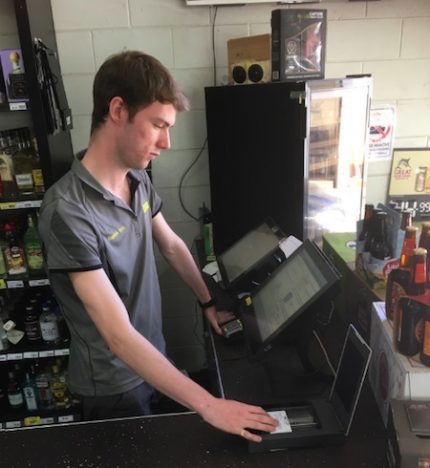 If you slip into your favourite bottlo on Saturday for your weekend supplies make sure you “comply with approved identification scanning requirements under section 31A of the Liquor Act”.

Don’t blow a fuse – just take your driver’s licence. Yes, the BDR – Banned Drinkers Register  – is back in town.

Well, it really starts on September 1 but in several “communities” – the label used in the NT Government media release – from Saturday you won’t be able to get booze without showing ID.

Early scanning won’t pick up people on the BDR before September 1 but it will identify individuals who are already prohibited  and they won’t be sold takeaway alcohol.

PHOTO: Barman Ryan at the Gapview take-away with a scanner similar to the ones mothballed by the Giles government.