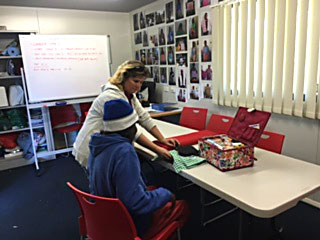 As alcohol related crime and misery are continuing unabated, the Alice Springs News Online has learned that part of the town’s major rehabilitation centre is standing empty.

The Central Australian Aboriginal Alcohol Programmes Unit (CAAAPU), which has just successfully completed several months under external administration, has been unsuccessful in securing $880,000 funding from the Federal Government, consigning a nine bed complex for women to mothballs.

CEO Pauline Reynolds, when asked for comment, said the situation is unlikely to change in the near future as the 2016/17 funding round is now completed. 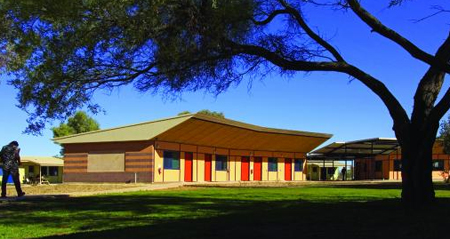 Also, a complex (pictured at right) for six men is standing idle because the NT Department of Justice has withdrawn funding.

Ms Reynolds says women with an alcohol problem seeking help are now on a longer than necessary waiting list.

Even if the nine beds were being funded there would be a shortfall: CAAAPU offers a 56 day Residential Program. Ms Reynolds believes that, were funding available, the nine beds in that section could be filled in two weeks.

Meanwhile it is understood that some women attending court, who may be suitable for residential rehabilitation, are instead being accommodated in the prison.

These are women who have been in protective custody three times in a month and have been assessed by a tribunal.

Four of these beds are currently empty but cannot be used for other women because they must be used for the program funded by the NT Department of Health.

The Alice Springs News Online is seeking comment from the ministers.