When things got tighter, ALEC got tougher 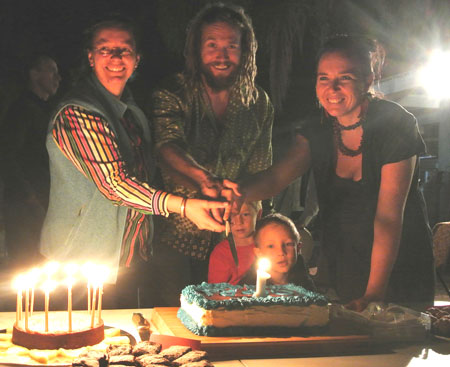 A push to have part of the $75m for the new gas-fired power station diverted to renewable energy; supporting efforts to keep the Great Victoria Desert in SA and WA buffel-free (while this introduced grass is allowed to wreak havoc in the NT) and organising a fire regime there; building up a commercial arm to replace cash cuts by both Federal and NT governments; keeping up the fight against fracking and other risks to our water supply – and there is more: It’s going to be a flat-out year for the Arid Lands Environment Centre.

ALEC, founded 34 years ago, celebrated its first year in The Gap when more generous accommodation in the Eastside became unaffordable following the $180,000 cuts, leaving the organisation mostly dependent on private donations and fundraising.

“We’re not backing down and we’re not going away,” says the indefatigable Jimmy Cocking, in his eighth year at the helm of the organisation. 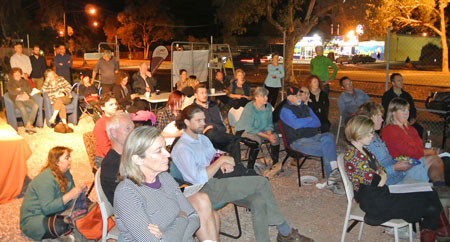 Arid Edge received a contract to set up a food garden and nutrition activities at Utopia, and “heaps of interesting contracts are happening and opportunities are on the way,” he says.

On the political activism side, ALEC will continue to push for transfer of environmental regulation-making and enforcement from the mines department to the Environmental Protection Authority: “The NT Government continues to mislead the public in relation to the robustness of the environmental regulatory system in the NT,” says Mr Cocking.

The apparent free-for-all on water allocation is also in his sights, unfolding “for 10 years without any community consultation,” as he puts it.

The community garden in the New Eastside is a sustained and well supported initiative, although suggesting it’s a key asset for the town’s food security may be overstating things a little. 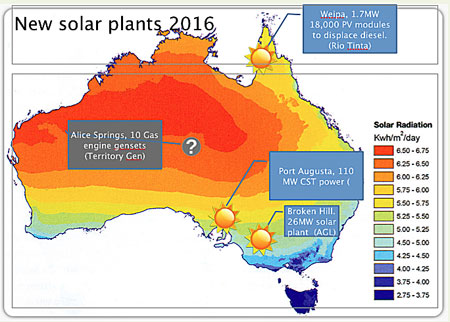 The group’s most ambitious current project is RePower Alice Springs, a kind of re-born desertSMART COOLmob axed under the cuts.

RePower is focused on getting the NT Government to cancel the order of some of the 10 gas-powered piston engines for the Owen Springs power station, and spending the money on solar.

John Edgoose, in a presentation to Friday’s first birthday party, said the Austrian-built engines have apparently already been manufactured but not yet shipped.

Mr Edgoose gave no information on any response from the government.