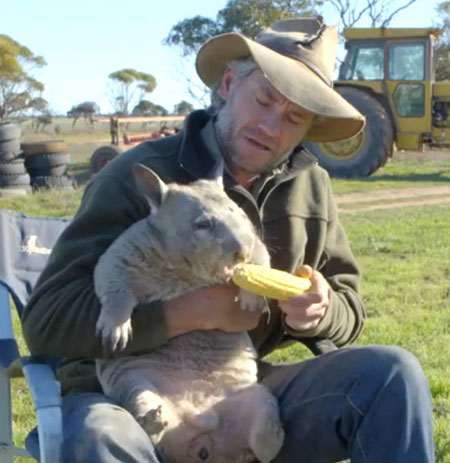 Chris “Brolga” Barns, better known as Kangaroo Dundee, from the wildlife sanctuary in Alice Springs, is diversifying into camels and other creatures in his new BBC prime-time television feature.

It’s the third series and consists of four half-hour shows.

The first two series have been shown in dozens of countries around the world “showing the beauty of Australia – especially Central Australia,” says his wife, Thanee Passmore-Barns.

The BBC UK / National Geographic USA documentary, called Kangaroo Dundee and other Animals, will air in the UK on BBC TV tomorrow at 8pm.