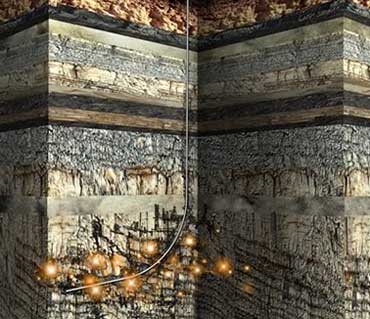 “Nothing has been committed at this stage” is the reply we got today from the minder of Treasurer Dave Tollner when we asked her how much of the NT Infrastructure Development Fund will be used for the planned gas pipeline.

That means it is not ruled out that the project transporting gas obtained by fracking may get public money from the $1b fund announced by Chief Minister Adam Giles yesterday: $200m of that fund would come from the sale of TIO, supplemented by $800m from “Australian and overseas investors”.

The controversial fracking, to be sure, doesn’t get a mention in Mr Giles’s media release yesterday, which touts a “diversified portfolio … such as roads, hospitals, schools and agricultural projects”.

But the Frack Free Alliance fears that funding for gas is front and centre. In a media release emailed at four minutes past midnight this morning, the group attacks Mr Giles for his commitment of “funds from the unpopular sale of a prized public asset … to develop an even more unpopular and uneconomic fracked gas industry”.

The group refers to the Financial Review of September 23 from which it can be concluded that the major proposed fracker in the NT, Santos, may well be needing a helping hand: “Beleaguered oil and gas producer Santos is getting serious on its asset sale process, having worked up a comprehensive marketing strategy that packages up key assets into parcels that have attracted interest far and wide.

• A long term employment boost of 6,300 full time positions in the NT.

That increased revenue to the NT Government would be a very modest average of $48m a year from an industry planned to cover most of the Territory.