Will we better understand the 'Recognise' referendum than we did the 1967 one? 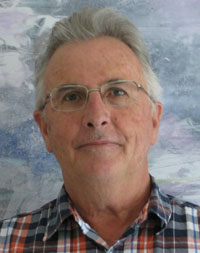 The men who wrote Australia’s constitution have been dead for roughly a century, but with foresight they provided subsequent generations a way to revise their original – to rewrite the constitution by popular referendum. Aborigines and Torres Strait Islanders participated neither in the original writing process nor in drafting revisions via subsequent referenda. Now they wish to do so. The Gillard government asked a panel of experts (thirteen of them Indigenous Australians) to say how the constitution should be revised to recognise Aborigines and Torres Strait Islanders as peoples of Australia. Parliamentary leaders wish to conduct the referendum in 2017, but no date has been set and the proposed revisions are still under discussion.

Australians approach their constitution in two ways – as a formal legal document that regulates the law-making powers of the Australian and State governments, and as a symbolic expression of the ideals that (should) bind Australians as a community.

When Australians voted in 1967 to change the words of the constitution, the constitution was more real to them and better known to them in its symbolic dimension. That is, when people voted ‘Yes’ they were expressing a wish that Australian society should include Aboriginal people as equal citizens and that the Australian government should take action – not specified in the referendum campaign – to ensure such equality and inclusion. Many people now recall the 1967 referendum as giving Aborigines the vote and the rights of citizenship; they recall the referendum as allowing Aborigines to be included in the Census.

Such recollections of the 1967 referendum are false. However, the popularity of these false memories of the 1967 referendum demonstrates my point: that people understand the constitution as a charter of citizenship rights. What these false memories say is that the charter was flawed because it excluded Aborigines until, in 1967, the people voted to make the charter inclusive.

What did the 1967 referendum really do? The vote deleted Section 127. That section had become a dead letter: it had forbidden States from inflating their populations in order to strengthen their claims to federal finance or to electorates in the House of Representatives. States with large, estimated non-voting Aborigines (Queensland and Western Australia) could have ‘included’ them when seeking money or seats; under Section 127, such inclusion was classified as cheating the other States. The possibility of such cheating had disappeared by 1962 when Aborigines were given the right to vote in Commonwealth elections (so it was legitimate to count them when deciding how many House of Representatives electorates should be in each State) and because the processes for granting federal funds to the States had changed.

Why did it feel so good to get rid of a Section that every lawyer agreed was no longer operative? This gets us back to the symbolic meaning of Section 127: it was widely misunderstood as forbidding the Census from counting Aborigines. The Commonwealth had attempted to count Aborigines in every Census before 1967 (1901, 1911, 1921, 1933, 1947, 1954, 1961, 1966), but this did not stop those campaigning for a Yes vote from saying (and probably believing) that Aborigines could not be counted in the Census until the people voted “Yes” in the referendum. The symbolism of agreeing to ‘count’ Aborigines felt good in May 1967. It was a blow struck for “inclusion” and against racial discrimination.

The Commonwealth has rarely exercised the ‘race’ power that it acquired through the 1967 referendum. The most important uses of that power have been in the domains of heritage (think Hindmarsh Island) and native title: States have sometimes had to submit to Commonwealth actions that they did not like. However, Aboriginal and Torres Strait Islander people have also had to submit to Commonwealth actions (by the Howard government) that diminished their rights. The High Court of Australia – responding to Indigenous challenges to such actions – ruled in 1998 that the Commonwealth can decide for itself how it uses the power to legislate for or against the ‘Aboriginal native’. The Yes voters of 1967 were mistaken to assume that the Commonwealth would be obliged by the constitution to use its newly acquired race power in ways that benefited Aborigines. In that assumption they were voting with their hearts, not with sceptical legal minds. They were voting as if the constitution was an expression of their ideals about Australia as a community, when it is really – when tested in the High Court – no more than a rule book for dealings between the Australian government and State governments.

The lessons of 1967 must be in our minds as we consider the ‘Recognise’ campaign. As in the 1967 referendum, the question on which we will vote in 2017 will have both a symbolic and a technical/legal meaning. We had better be clear about them. The symbolic politics of the constitution are important and valid, but we must not let the emotional rewards of voting for a more just society obscure what we are actually doing to our constitution. What form could recognition of Aboriginal and Torres Strait Islanders in the Constitution take?

The ‘Expert panel’ (reporting in January 2012) made four suggestions.

First, get rid of any mention of Commonwealth power to deal with people as if they were members of a ‘race’. Section 25 currently allows a State to exclude a ‘race’ from voting. No State uses this power and any State that tried would be a bad joke. There is wide support for getting rid of this odious relic of late nineteenth century racism.  Section 51 (xxvi) allows the Commonwealth to pass laws about ‘races’, including Aborigines and Torres Strait Islanders. This power was given to the Commonwealth by the 1967 referendum, but the expert panel wants it removed because it can be used against Aborigines and Torres Strait Islanders.

Third, prohibit racial discrimination by any government in Australia – unless the discrimination is intended: to overcome disadvantage, to reduce the adverse impact of racial discrimination in the past, or to protect culture, language or heritage. This proposal has failed to gain the parliamentary support that would be needed for it to become a topic for the 2017 referendum. It is very unlikely to be put to the Australian people because political elites dislike creating new grounds for legal challenges to their authority. However, if the first proposal were to be approved by a referendum, the Constitution would no longer authorise racial discrimination. If the first proposal were endorsed by referendum and the third proposal never presented as a referendum question, the constitution would be rendered silent on the questions of ‘race’ and ‘race discrimination’.

Fourth, while acknowledging English as Australia’s ‘national language’, the expert panel wants us to recognise that there remain other Aboriginal and Torres Strait Islander languages.

Noel Pearson was a member of the expert group making these four recommendations. He has recently proposed a fifth change that could be presented to a referendum: the constitution could provide for an Indigenous representative body to be added as a new institution of Australian government. It is not clear how much support he has attracted for this idea, and I will say no more about it.

What would be the point of these changes? Let’s assume that the third proposal (disallowing race discrimination by governments unless it was to the benefit of Aborigines and Torres Strait Islanders) never gets put to the Australian voters. The remaining three changes recommended by the expert panel (1, 2 and 4) are symbolic: the Aborigines and Torres Strait Islanders would no longer be considered ‘races’ and instead they would be considered ‘peoples’ – and part of their ‘people-hood’ would be the languages they once spoke and still speak.

So why bother? The task that faces those urging a ‘recognise’ referendum is to persuade the voters of Australia that the Constitution is an important document not only in a technical legal sense (the rules of State/Commonwealth engagement) but also as a symbolic expression of Australia as a community. The campaign must convince the electorate (a) that the changes that a Yes vote would bring are only symbolic (no-one is gaining or losing legal authority), and (b) that the ‘symbolic’ is important, the whole point of the referendum, because how we express our ‘community’ matters. The referendum must be presented as an expression of nationhood. This may be a complicated expression of nationhood because it will say to non-Indigenous Australians two things that are in tension: Aborigines and Torres Strait Islanders are different from us – ‘peoples’ in their own right – and Aborigines and Torres Strait Islanders are Australians, engaged for the first time in helping to write the national constitution.


Professor Tim Rowse is a Professorial Fellow in the School of Humanities and Communication Arts and in the Institute for Culture and Society at the University of Western Sydney. Since the early 1980s, his research has focused on the relationships between Indigenous and other Australians, in Central Australia (where he lived from 1989 to 1996) and in the national political sphere. In the 1990s, this and other interests led him to write two books about the life and works of Dr H.C. Coombs.

The photograph of Professor Rowse is by Jan Mackay.