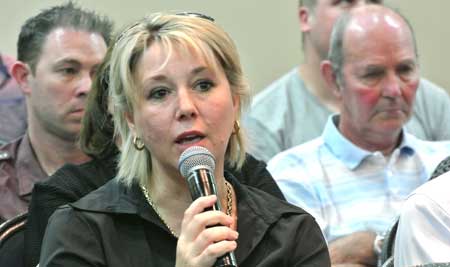 Town Council elected member and Deputy Mayor, Kylie Bonanni (at left), who resigned today, says “it is with a heavy heart that I made this decision.

“My mother’s illness needs my full time care and attention at this moment in my life.

“My husband and family have supported me in my decision to take time away from Alice Springs to care for my mum who is my priority at this moment,” says Ms Bonanni.

“I feel by not being able to attend to my council commitments it is in the best interest of the Alice Springs community that I step down.

“I’m not the sort of person who could continue to be on a payroll and not feel that I was doing my duty and service for the people who elected me into this position.

“I have made some wonderful new friends and thoroughly enjoyed my time whilst being on the council.

“I’m sorry if I’ve let anyone down by this decision. It’s been an incredibly hard one to make.

“I wish anybody who is thinking about running for Council great success. It’s been a fantastic experience for me and I thank the staff and executive team members for their support.”

Meanwhile Ms Bonanni’s resignation may may trigger others.

Cr Liz Martin, who is currently four months into a six months leave, says her preference would have been to resign, but she wanted to avoid the cost of about $90,000 to the council of a by-election.

Now that one will be held in any case, she may put in her notice as well. 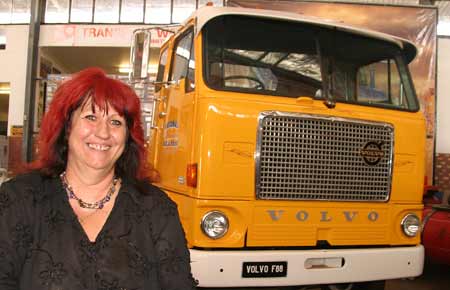 Cr Martin (at right), the manager of the National Road Transport Hall of Fame, which will soon host a massive convention to be attended by an expected 12,000 truckies, friends and families, says she will make up her mind after a medical appointment in three weeks’ time.

All the other councillors will no doubt weigh up that their term is now a year and a half longer than they had bartered for, as a result of changes to the Local Government Act earlier this year.

They were elected in March 2012 for a four year term. Now the term will in fact run for five and a half years, ending in August 2017.

After that there will again be four year terms, but with scheduled elections always in August.

Casual vacancies, if they occur within 18 months of the due date of an election, can be filled by council “co-opting” people as councillors. For this to have been possible, Ms Bonanni would have had to stay on till March next year to avoid a by-election.

Council CEO Rex Mooney says he will be negotiating a price with the NT Electoral Commission which, subject to council’s approval, will run the by-election.

Mr Mooney says the council may be able to lower the cost by providing some staff and locations for polling booths, but his preference is for the commission to supply the required “key personnel and expertise”.

No date has yet been set for the by-election.

[This report was updated at 3pm. An earlier speculation that Ms Bonanni may be seeking preselection for the the CLP has been removed. ]