Neil Murray returns to The Centre 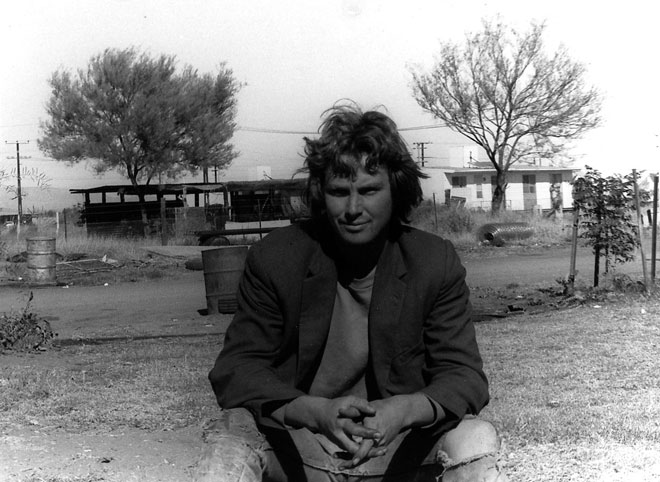 “Central Australia was part of my education,” says Neil Murray.

While he now lives in his “own country” in Western Victoria, he keeps coming back to The Centre, to stay in touch with what he learned here. 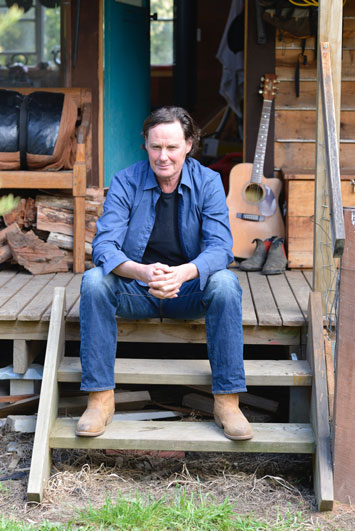 The singer-songwriter of Warumpi Band fame will play at the Totem Theatre this Saturday – songs from his new album, Bring Thunder and Rain, his 12th solo release.

His experience with Warumpi Band and of living in Papunya and Kintore in the ‘80s set the central themes for the rest of his life, and his songs.

“It informs everything I write – about country and connection, about the inclusion of Aboriginal people. I’m still learning. The whole country needs to too.

“A lot of people around Alice know my history, can relate to the themes of my songs. This will be an intimate concert to introduce the new album to them.”

Its opening song “Get Up” might have been a Warumpi song; others are in the roots/rock/folk/country idiom. There are also surprise excursions into gospel – “Wait for Thee”, supported by backing singers Emma Donavan and Deline Briscoe – as well as a sea shanty style historical Indigenous narrative, “It was told”.

Murray is credited, along with Papunya man Sammy Butcher, with writing the first rock/ pop song in an Australian Indigenous language, Luritja, which he learned to a reasonable level of fluency. The song was “Jailanguru Pakarnu” (Out from Jail), released in 1983.

The new album features another, “Malamia” (Long Ago), sung in Tjapwurrung, the local language from where he lives now that is no longer spoken. In contrast to Luritja, a living language, all that is known today about Tjapwurrung would fit onto half a dozen foolscap pages at most.

“I’ve consulted with linguists and locals. It’s involved a bit of guesswork but my intention is heartfelt and respectful. I offer it as a contribution to the language retrieval work that is going on in the south-east.

“I’d be more than happy to stand corrected, if someone could say, hey, that’s not right!”

Murray has also been back out to Papunya, writing songs again with Butcher.

He spent time there in October last year and returned this year in June: “I couldn’t believe the songs that were coming to me.  Sammy would tell me a story. I’d say  ‘give me a spark and I can make a fire.’ It’s always been like that with him.”

There’s not enough of these songs yet to make an album. They’ll mostly be in English but some will be in language: “There’s no pressure to do songs in Luritja, only if it comes naturally.”

But that album’s a while off: “These things take time.” Meanwhile, Bring Thunder and Rain is to hand. On Saturday Murray will be accompanied by guitarist Damien Neil, with special guests Apakatjah.

RELATED READING:
Ode to a sombrero, reviewed by Russell Guy.

By KIERAN FINNANE It was a case of watch and emulate: two of the top painters from the ‘Hermannsburg School’, working in the tradition of...
Read more
Issue 34