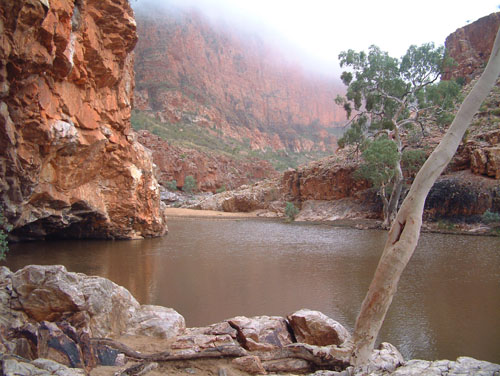 Fees for camping in the most popular locations of the West MacDonnell Ranges, one of several parks in Central Australia being transferred from public to Aboriginal ownership by the NT Government, have been increased sharply at very short notice.
Meanwhile today (Wednesday) Shadow Environment Minister Kezia Purick says Minister for Central Australia Karl Hampton is refusing to confirm Territory Labor’s policy on the co-existence of mines in Territory national parks.
The tourism industry says the increase in fees will be “very confusing” for the public and operators.
From Thursday camping at Ormiston Gorge will cost, per night, $10 for adults, $5 per child and $25 per family.
This is a sharp increase from $6.60, $3.30 and $15.40, respectively.
The rates at Redbank Gorge and Ellery Bighole will be $5, $2.50 and $12.50, respectively, up from $3.30, $1.65 and $7.70.
Peter Grigg, of the industry lobby Tourism Central Australia, says his organisation had no prior notice of the hikes, nor has it been consulted.
Ms Purick says Mr Hampton, “as Environment Minister should know his Government back-flipped on mining in national parks.”
She says then Opposition Leader, Clare Martin, who also initiated the parks hand-over, was committed to prohibiting mining in national parks in the lead-up to the 2001 election, a decision that Labor in Government reneged on only months after winning office.
“The reality is mining and national parks can co-exist – and the Minister should have known this and sent out a very strong message to the industry that the Government supports mining and sound approval processes,” says Ms Purick.
“Instead we heard Minister Hampton banging on about his ‘principles’ and family heritage, which are of no interest or benefit to Territorians. It isn’t about Karl Hampton, it’s about growth and regional development.”
Pictured: Ormiston Gorge. 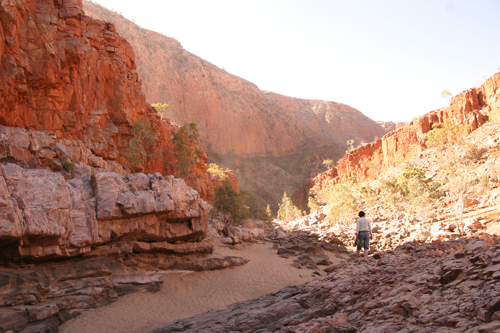 By ERWIN CHLANDA Sport, food, entertainment, art, business, black, white, music, IT, drink, people with a spread of backgrounds, trade – all in one place? If...
Read more
Issue 31