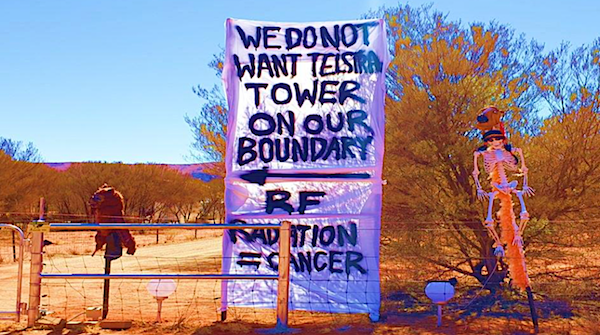 The residents, who do not wish to be named, have erected a four metre sign at the front gate of their property (pictured).

They say the tower will be 61 metres from their home and bedroom.

They say by law anything of such a size is supposed to be 10 metres away from their boundary line. 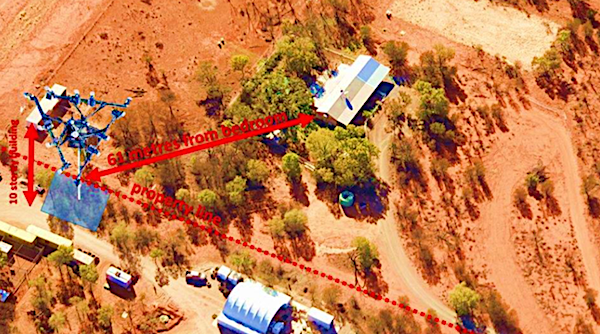