Home Issue 47 Council's focus is on all youth, not those with 'social challenges'
Issue 47Volume 25

Council’s focus is on all youth, not those with ‘social challenges’

The Town Council’s newly announced youth programs will be for “all young people”, offering “more engaging activities” in town and won’t be targeting “behaviour”.

Councillor Jimmy Cocking offered this clarification when Cr Eli Melky, who was absent from the most recent discussion of the matter, pointed to what seems to be their missing element: a focus on young people with “social challenges”, who may not be going to school, may be experiencing family difficulties, and committing offences.

Cr Marli Banks, who made public her call for council to lead on this matter, including by establishing a 24 hour drop-in centre, was pleased with the NT Government’s move in this direction.

A 24 hour weekend operation began last Friday, based at 2 Railway Terrace, home for the government’s Youth Outreach and Re-Engagement Teams (YORET). It will become a  24/7 operation with the start of the school holidays and run as a pilot until March 2021.

This is “a win for council”, said Cr Banks. Council can now return “to our core business”, which in this area included addressing “stress in the community” and “stress on our facilities”, particularly the library.

Meanwhile, Cr Banks’ list of questions tabled at the last meeting were not answered last night – the SA border closure was cited as a reason for the delay. Director of Corporate Services Sabine Taylor promised answers at the next meeting, the last for the year.

The questions included some about what is called the Youth Empowerment Program, to be delivered by an entity associated with the Baha’i community. We remain none the wiser on the model for this program and its track record including experience of delivery with Indigenous youth. 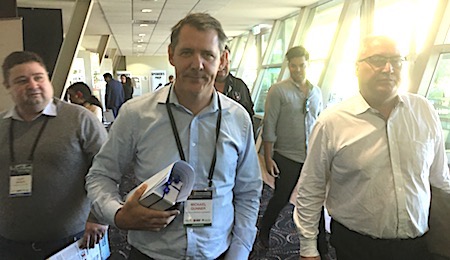 There has also been no reply from the Chief Minister to a letter from council requesting a meeting on these issues with himself and Territory Families Minister Kate Worden.

Nonetheless there is communication with the government at non-ministerial level. Senior public servant Brent Warren, who works with Territory Families and the Department of the Chief Minister, sat in on last night’s meeting.

More importantly, the native title body Lhere Artepe convened a meeting about these issues – described in the Mayor’s report as “working together – community outcomes” – with representatives from NT Police, Congress, the Central Land Council (CLC), Territory Families and the Department of the Chief Minister.

Council’s relationship with Lhere Artepe does not have a strong record but in this instance “Graham Smith has started ball rolling”, said Mayor Damien Ryan.

He commented that “a lot of our organisations work in silos, including us” and that “it was very interesting to hear how others work towards it” (the ‘it’ was not specified).

He said the suggestion was made to Lhere Artepe to invite Tangentyere Council and the Regional Councils to the next meeting.

Back to the Town Council, there was debate around approval of the significant funding for the youth plans, particularly the longer term plans. However the short-term plans, including a boost of  $75,000 for the summer program and rehousing the Arrernte Community Boxing Academy, and the funds that will allow “scoping” of a future Youth Space, received unanimous support from councillors.

Council to get involved in boosting home security

Although residential break-ins are down by 12.3%, for the 12-month period ending August 2020 compared to the same period the year before, council is looking to get involved in supporting residents to improve their home security with protection services and equipment.

Discussion last night supported pursuing that goal, including by partnering with organisations like Neighbourhood Watch and Victims of Crime, but deferred a decision on funding for the program.

Council has large term deposits and although interest rates are currently very low, the return on investment is not negligible. The interest is reinvested and is not used for operating revenue. 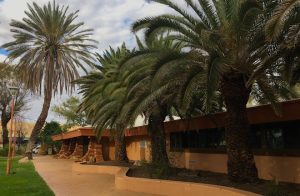 The asset, some $36M, gives council some financial clout and Cr Eli Melky thinks it’s time for council to look at placing its investments with a bank, “one of the major four”, that has announced  more environmentally friendly policies.

He has previously opposed such a consideration for investment of the ratepayers’ money, but now, he says, there is “a lot of movement in that space” among the majors, with progress by one in particular, which he did not name.

Such a move by council “would be consistent with our discussions” on environmental matters, he said. Council needs to review its investment decisions – “so moving with the times”.

The Mayor and CEO have met with representatives of Central Australia Rugby Union and  Rugby League, who confirmed that they are in discussions with the NT Government about relocation.

This, of course, would pave the way for the government to pursue its plans for a national Aboriginal art gallery in the Anzac “precinct”, with the oval providing the project’s green space.

Cr Banks asked when councillors would be briefed on the details – “this is quite significant information”.

Soon, in so many words, was the reply from the CEO.

The Mayor later referred to Anzac Oval matters as one of council’s major preoccupations at present. The other two are the My Alice app and youth issues.

Risk of a major flood due to La Nina

Council’s Access Advisory Committee had received a presentation from Emergency Services, which put Councillor Glenn Auricht on alert for the higher than usual possibility of a flood  this summer. 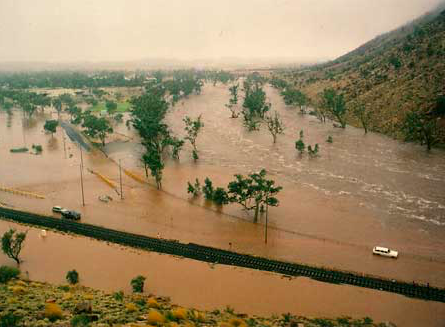 He said the present La Nina event will last until May next year, with predicted heavy rains in the Top End, which are likely to bring rain down through the Centre

He raised the possibility of a flood as a matter of “general preparedness”, saying that “if we do get a 1988 flood, there will be water all through these buildings”.

The CEO nodded in assent – somewhat wearily, it seemed.

Deputy Mayor Jacinta Price, observing large numbers of people sitting outside the CLC offices on the North Stuart Highway, has assumed that royalties distribution week brought these people to town.

She wants council “to understand better” what measures the CLC are undertaking to “support our community” in relation to the influx, suggesting a possible increased incidence of youth crime (with more children in town), alcohol-related issues and littering.

CEO Jennings said he will see what “we can do to encourage open communication” – “start with that”.