Ongoing discrimination at the library 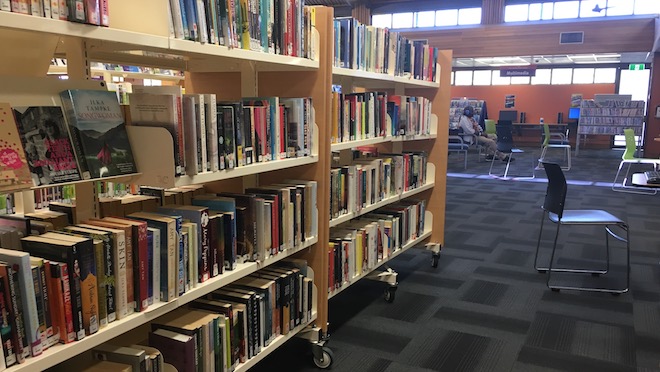 An entity associated with the Bahá’í community has been contracted by the Town Council to run a youth program in Larapinta, a suburb on the west side of Alice Springs. This would appear to be a program that replaces what previously has been discussed as a Youth Hub.

The Alice Springs News asked the council: What experience does the entity have in youth programs? Is this program ‘the’ Youth Hub, or is the model of the hub going to be a decentralised one?

The following statement in writing was received from the director of Corporate Services, Sabine Taylor:

With COVID regulations considerably impacting on the operations of the proposed Council youth hub, Council proactively re-evaluated the most effective way to run this program going forward.  In this process Council Management consulted with key stakeholders, including youth service providers, as well as listened to youth and the wider community.

The youth program was suggested by elders and community groups, as a proven program with strong community support.  It offers a world-renowned program that has been implemented both internationally and in Central Australia.

With a fundamental purpose on empowering young people to improve, this program has many demonstrated benefits and is a fresh approach to the traditional youth programming run by Council.

Because of this, Council is excited by the proven success and the potential benefits this program can bring to the young people in our community.

Updated with corrections regarding council’s policy and with number of permanent staff under suspension and investigation. 2 September 2020, 5.33pm.

A Youth Hub is one of the Town Council’s key projects for 2020-21 with a $400,000+ budget.  At the end of June CEO Robert Jennings said it could possibly open in the coming month though a firm date had yet to be fixed – it still hasn’t been.

Intended as an alternative venue for youth who had been drawn to the Alice Springs Public Library’s youth program, it was thought until recently that the Hub would go ahead at the Meeting Place behind Adelaide House, which is already a drop-in centre for young people run by a group of dedicated volunteers.

That location now seems uncertain. And it is possible that the Hub may not even be in the CBD despite the fact that it seems to be the “bright lights” of the CBD that draw young people into town.

On Wednesday last Mr Jennings said that “ultimately it would be wonderful to have it in the CBD … But beyond the physical world, it is the genuine empowerment that we are trying to do … The connection between the facilitator and youth, that’s what we are aiming for, so that the youth in the end guide us as to how to guide them.”

Meanwhile, unaccompanied teens 15 years and under (earlier referred to as Under 15s) remain excluded from the library, which has effectively brought about the end of the youth program.

In mid to late July the library’s youth engagement staff, all casuals, had their jobs terminated (council having no work for them to do), and four (earlier reported as three) permanent library staff, including the manager, were suspended pending investigation. Since then, the library manager has resigned and is leaving town.

It has not been possible to confirm that the situation of the three permanent staff is related to, at least in part, the youth program issue.

Unsurprisingly, Mr Jennings declines to comment on “HR private matters” but he confirms that the investigation has not concluded.

Sources say, however, that both staffing developments were made close on the heels of a staff meeting in which library employees expressed their disagreement with the council executive’s decision to exclude the unaccompanied teens.

About this meeting with staff, Mr Jennings said he spoke to the staff a number of times “along the whole Covid journey”. He does not see the terminations and suspensions as related to dissent over the youth program.

I put to him that staff concerns were, at least in part, about the exclusion of unaccompanied young people as being racist in its impact.

“Look, the intent was never racist, it was related to Covid,” he said and council is working through a process to get teens back into the library.

The sources, however, allege that Covid-19 concerns were being used an excuse for the exclusion.

Mr Jennings is adamant that “safety” for library users is his number one concern.

But there is another other issue at the library, says Mr Jennings, which is “physical safety”: “Unfortunately there were a lot of fights in library … staff were getting injured,” he says.

And what he has noticed “as an ancillary thing”– since the exclusion of the unaccompanied young people –  is that “a lot of people are also coming to us to say they’re happy to have their library back as safe. They feel safe in the library again.”

So, the safety of established library users – or their perception of safety, as there is no report, as far as I know, of library users being injured – has been prioritised over a new group of users, who are also, as often noted, the most vulnerable, the least safe members of our community.

Mr Jennings responded: “We can’t control everything but what we can control we will,” while working to “provide a better outcome for empowered youth”.

This is a story that won’t go away.

The library is a public space, which by its nature is normally open to accommodating everyone, especially, in the tradition of public libraries, the most vulnerable.

There may be rules about using a public space, but insisting on abiding by rules is not what has happened here, rather it is the blanket exclusion of a certain group. 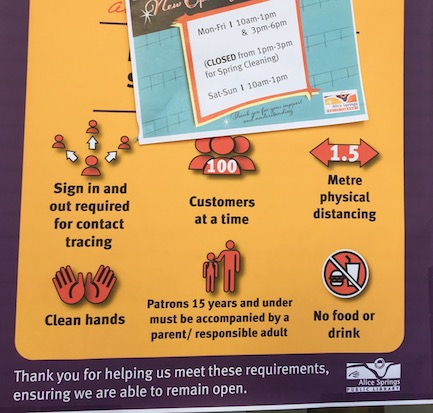 In June, I asked the NT Anti-Discrimination Commissioner Sally Sievers whether she saw this exclusion as a discriminatory measure.

“Any public health justifications for discrimination,  or differential treatment, if able to be justified at all, under principles for balancing competing human rights can only be temporary, necessary, reasonable and proportionate. They should as with other COVID-19 restrictions in our community be removed as soon as possible.”

More than two months have passed.

For as long as the ban continues discussion will fester about the systemic racism standing behind it.

To have this debate does not impute conscious or deliberate racist ideology or motivation to anyone. One of the things about systemic racism is that it is often invisible – especially to those who aren’t the ones disadvantaged.

In this case it manifests by effective restriction of access by a specific group to a service or opportunity that is supposedly available to everyone.

Now that the program has been shut down and the ban on access by general teens 15 years and under put in place, it it these Aboriginal youth who are impacted.

I put to Mr Jennings that staff at that critical July meeting had argued to be allowed to continue to welcome unaccompanied teens.

He said the discussion was more about what “we are trying to achieve with this library”, raising again the protocols to deal with Covid-19.

I put to him that the sudden decision to dismiss and suspend staff could be seen as management being intolerant of dissenting views and unable to work collaboratively with staff.

He strongly refuted that: “That’s not been our intent, neither has it been it how we have delivered things… the strong intent has to be to work together.”

Have those working in the youth sector been alienated by council’s approach?

Mr Jennings said he has spoken to “a number in the youth sector who have supported us in the decisions we’ve made”.

“What we’re trying to do, the sector is critical, but more important are the Aboriginal youth themselves and their families.”

He said council is “really keen” to get youth back into the library, that the Department of Health is supportive in principle, that council is working on how to manage contact tracing with the cohort.

He then raised “no school, no service” – “which council said was important to go with the library” – as another barrier, again effectively targeting a particular group, when it is acknowledged that regular school is not necessarily a viable alternative for some of the disengaged youth around town or coming into town from bush communities. (See Blair McFarland’s comments here.)

Could management also be seen as unwilling to confront racism?

Mr Jennings said his job and council’s is to connect with all parts of community. He mentioned working with Tangentyere Council, Lhere Artepe, the Grandmothers group, other Elders:

“This is who we are, many people.

“It feels like there’s a drive to try and pin council down on this. But that [being unwilling to confront racism] is not the sentiment of officers or the management either. There’s no division here, we’re trying to build a better future and to serve our community.”

What is council’s commitment to bringing youth, including troubled youth into the public space of Alice Springs, rather than keeping them somehow contained or separate?

Mr Jennings said he couldn’t speak for council, but his own view is that “we are one people, we’re like a family. You don’t reject family members. We are all in this together. If you have a family member who is struggling, or if I’m struggling one day, I would hope we’d all work together.”

I put to him that this is a very ideal version of Alice Springs, that the community is deeply divided around youth – how to respond to troubled or troubling young people – in particular.

“I get that …but part of [council’s] job of being elected as leaders is to provide a vision of the future for everyone. If we don’t have something to aim for, we don’t know how to take our first steps.”

Maybe council “could do better” but overall “in terms of being fair, caring, I feel we’ve done the right thing … And I hope to demonstrate that in time.”

Meantime, will we see unaccompanied youth back in the library soon? Maybe not. But before next year? “That would be important to me,” said Mr Jennings.