Home Issue 45 Crisis, what crisis? All quiet on the council front
Issue 45Volume 25

Crisis, what crisis? All quiet on the council front 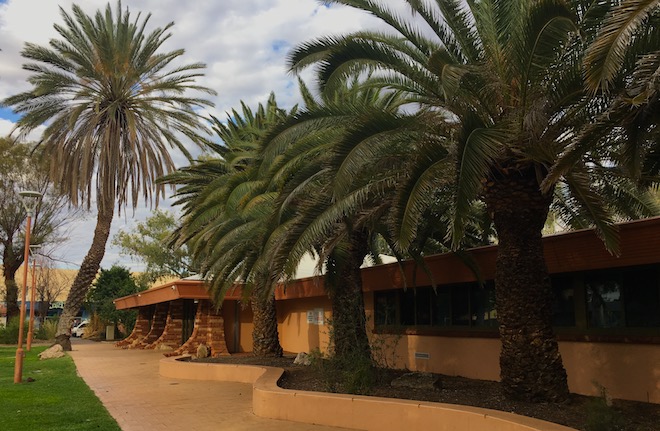 It was roughly one hour’s worth of tick and flick – I had to ask myself, was it worth the petrol money?

This was the so-called “open” session of last night’s council meeting that followed Monday night’s forum where there had been lengthy discussion of what could be council’s response to young people behaving badly on the streets.

That situation has taken a grave turn for the worse since local man Shane Powell died from his injuries after a carload of youths, allegedly, ran a red light and hit him on his motorcycle.

The severe consequences for them – all five been charged – has not been enough to deter others from hooning dangerously in cars in the middle of the town.

But “crisis, what crisis?” seems to be the message from council. 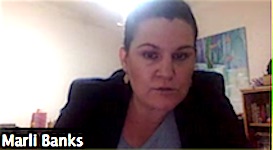 Not an informative word escaped the lips of any councillor or officer on the matter, with the exception of Councillor Marli Banks.

We know only that a letter has gone off to the Chief Minister, Territory Families Minister and Education Minister, requesting a meeting with them on a “joint response towards community safety”.

As of last night, there had been no answer.

At the outset of the meeting Cr Banks suggested that council lobby government for an audit of youth services to be undertaken, identifying the gaps in service. Otherwise new initiatives would be “stabs in dark”.

This would be a no-cost move by council – but would of course delay real action. Everyone knows that a 24/7 drop-in centre, as lobbied for by Cr Banks at the last meeting, is a gap in service and has been for years. The youth services sector has been clamouring for it and the concept is well supported by the public.

Council looked like it was about to provide exactly that with a Youth Hub receiving a significant financial allocation in its budget for 2020-21.

The explanation – or excuse? – for it moving off the table to date, along with council’s youth program in the library, has been Covid-19.

So Cr Banks’s second move last night was to table questions probing this and related matters that had been put to her by members of the public and the media.

If she had hoped that answers to at least some of the questions would receive an airing in the open session of council, she would have been cruelly disappointed. 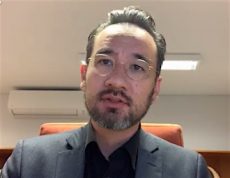 The questions were taken on notice by Acting CEO Sabine Taylor, the Director of Corporate Services. Answers of some sort will be provided at the next council meeting in a fortnight’s time.

The reason why Ms Taylor was Acting CEO for this business is that one of the questions addressed the perceived conflict of interest of CEO Robert Jennings (pictured) around council’s provision of a trial youth program contracted to an entity associated with the Baha’i community. Mr Jennings is also associated with the Baha’i community which is what gives rise to the possible perceived conflict of interest.

He left the room. And the public was left none the wiser. This question could surely have been addressed by him in the meeting.

Both Mayor Damien Ryan and Cr Eli Melky (the latter usually a vigorous supporter of  council transparency) both suggested some or all of the tabled questions were “operational” – increasingly the reason given for not answering questions in the open council meeting, or not answering them at all.

Councillors’ questions under Mr Jennings’ new broom are supposed to be limited to policy and councillors seem to be acquiescing.

For the most part, it’s what council is actually doing – operations – which is of chief concern to the public.

With this sharp separation of council business, transparency and accountability in the government closest to the people are nosediving – critical business is taken behind closed doors, into confidential sessions or into forums. The latter are not minuted, their content is treated as confidential, but nonetheless guides officers in their work.

These are the questions tabled by Cr Banks:

How will Council work towards tackling youth crime and antisocial behaviour?

What happened to the Meeting Place? [ED – This venue, where a volunteer-run youth program has been based for a numbers of years, was the intended location for a Youth Hub.]

Did the Bahai’i directed program sideline the Meeting Place project?

Is Council working with locals in knowledge-sharing and building better relationships to address antisocial behaviour and youth outcomes?

What are the details of the Baha’i directed program Council has committed to funding? Is it being run by a Fly In, Fly Out facilitator in the Andy McNeil Room? What details can be shared about who the program is aimed towards?

How is the perception of conflict of interest being managed by the CEO and the Council given the CEO involvement with the Baha’i community?

What is the track record of the [Baha’i] program in youth work and [specifically] with Indigenous youth?

Will youth officers be reinstated at the library?

The Alice Springs News requested an interview with CEO Robert Jennings on council’s response to youth issues and on his perceived conflict of interest. He replied by email:

With regard to the Council Forum discussion, Elected Members have asked for officers to develop some details including costings on the ideas put forward at the forum and present these to the next Council meeting on Tuesday 24 November, Council would be able to provide a more informed comment following this meeting.

On the trial youth program to be delivered by a Baha’i entity, he said:

On the specific program matters, I have declared a conflict of interest and cannot discuss the matter.