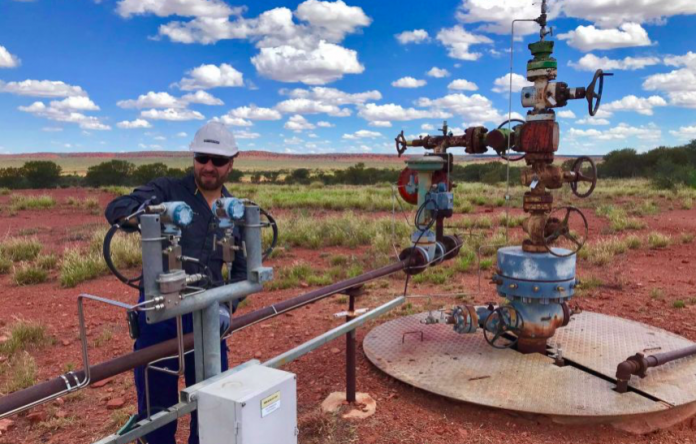 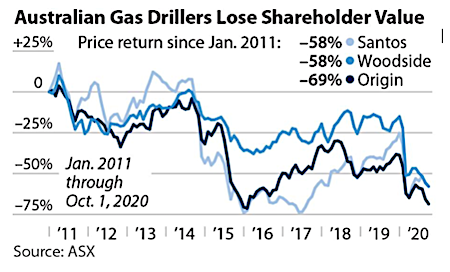 Gas analyst for the Institute of Energy, Economics and Financial Analysis, BRUCE ROBERTSON in this OpEd says as export partners pull out, Origin and Inpex keep kicking the gas can down the road.

Ask anyone in business what the first rule of thumb is and they’ll tell you straight: You have to listen to what your customers want.

But that’s exactly what two of the biggest names in the Northern Territory gas industry, Origin and Inpex, are failing to do.

They’re pushing to open up huge gas fields in the Territory, just as the gas market collapses and our gas export prospects are looking dim.

News is just in that the Northern Territory’s biggest gas customer, Japan, is about to set a net-zero by 2050 emissions target. What does this mean for the Territory’s gas industry?

It means, in short, it’s shafted. Gas mining is fundamentally at odds with a net-zero target.

A net-zero emissions target, in layman’s terms simply means this: we need to burn less stuff, and pull less of it out of the ground.

Japan, in committing to net-zero, will cease to be a major buyer of Territorian gas. This leaves Origin, already on shaky financial ground, in a very weak position. Origin has a lot of big talk, but all is not well under the surface. Origin’s annual general meeting this week revealed its appalling share price performance over the last decade.

Investors have lost 69% in shareholder value. That’s a lot of money.

Australian gas and LNG companies have written off a staggering $25 billion in the first six months of this year, the latest dramatic losses in the gas industry’s long decline over much of the past decade.

Origin wrote off $4billion in the period 2014 – 2019 on its gas operations. The latest result saw a further three quarters of a billion dollars written off its troubled Coal Seam Gas (CSG) to Liquefied Natural Gas (LNG) assets.

The problems in the industry are not confined to Origin. Inpex has written down the value of its troubled offshore Northern Territory investments by $1.8 billion, and just this month shed 65 workers as the great gas decline starts to bite.

Our major gas export markets, one by one, are committing to cut their emissions. China is going net-zero by 2060. Europe already has strong climate commitments and is looking to strengthen regulations around gas. If Biden triumphs over Trump in the U.S. election, we’re likely to see a recommitment to climate targets from America. Our gas industry will be left, literally, holding the gas can, unable to find a market.

It is likely that Australia, a trading nation, will follow the leaders rather than be left as a pariah state, and be forced into stronger climate commitments. What does that mean? There will be regulations on high emitting gas and LNG.

Essentially it matters not what your personal opinion on climate change is. All that matters is that Australia’s trading partners may be committed and Australia as a trading nation will have to follow suit.

Best we get prepared, rather than kick the gas can down the road.

[ED – The Institute for Energy Economics and Financial Analysis, according to its website,  examines issues related to energy markets, trends, and policies: “The institute’s mission is to accelerate the transition to a diverse, sustainable and profitable energy economy.”