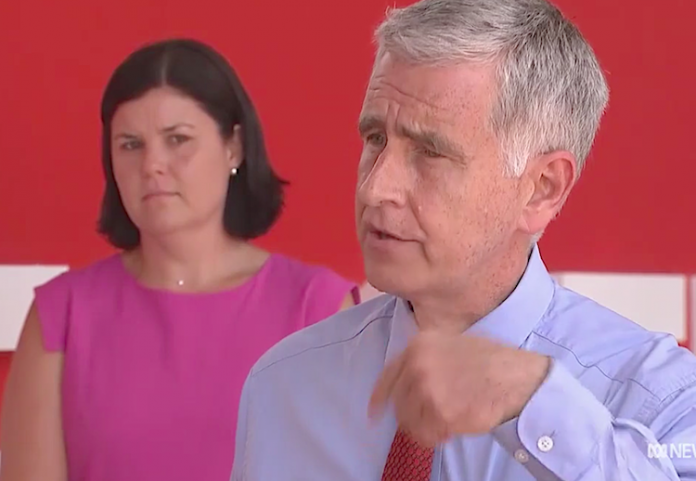 A former COVID sufferer was put in isolation in the in the Howard Springs quarantine facility after showing “weak positive result,” according to Health Minister Natasha Fyles.

This raises the question why the man was not in isolation at all times in the facility which appears to be its purpose.

Mr Fyles said: “As soon as they were aware of this weak positive test result they [meaning he] were kept in isolation.

“There was a very low risk to other people in Howard Springs.”

The man is now in the Royal Darwin Hospital in isolation.

The Alice Springs News is seeking clarification of these issues.

The man in his sixties had travelled from Melbourne to Darwin via Brisbane.

He had previously had COVID-19 in Victoria but had been cleared.

“This is not a COVID test result for the NT where the case numbers remain at 34,” said Ms Fyles said in a media conference this afternoon.

Ms Fyles and Dr Payne announced the revoking of the Greater Sydney region as a hotspot.

Minister Fyles and Dr Payne are pictured during the media conference in Darwin today.

Darwin businessman and former political candidate for 1 Territory, Braedon Earley, described Howard Springs as a “ticking time bomb” while spending five days in the facility during August this year. Mr Earley went on a hunger strike to draw attention to shortcomings. We reported his observations in a series of articles, as well as the vague responses by the government.