Voter enrolments: Town down, bush up 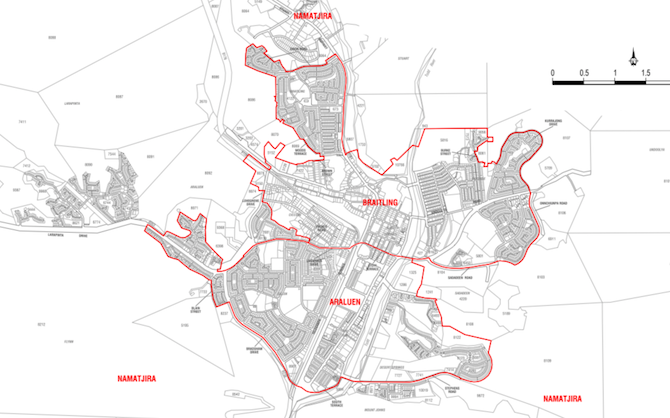 Both Alice Springs electorates have reduced numbers of enrolled voters for the NT election next month compared to 2016, while the two bush seats have an increase, according to the NT Electoral Commission.

This followed a change of electoral boundaries.

While the drop is minimal, it comes at a time when voter registration in the Territory, or lack thereof, has resulted in the likely halving of the Territory’s Federal electorates from two to one.

Across the rest of Central Australia, the numbers of enrolled voters are up slightly.

Namatjira, which encompasses the most southern part of the NT plus a small part of the urban area, has jumped from 5435 to 5656 in 2020.

The vast seat now includes the suburb of Larapinta and the North Side industrial area in The Alice.

Some, including Territory Alliance Member for Araluen Robyn Lambley, have speculated that this could bring a conservative swing in the seat currently held by new Speaker of the House, Labor’s Chansey Paech.

He will stand in Gwoja, formally approximately Stuart, where enrolment has has risen from 5242 to 5284.

Territory wide, there have been 4335 new voters added to the roll, taking the total enrolled population to 139,841.