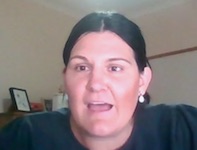 Councillors Marli Banks (left) and Catherine Satour (below right), who last Friday both announced that they will contest the upcoming NT election, gave notice of their resignation from council tonight, effective 9 July.

Both are running as members of new player on the scene, the Federation Party, led in the NT by Cr Eli Melky.

Two other Elected Members of council are contesting the election: Mayor Damien Ryan (in Araluen) and Deputy Mayor Matt Paterson (also in Namatjira). Neither have yet announced their resignation from council.

Crs Banks and Satour both cited Section 39(6) of the Local Government Act 2008, which, in the timeframe they are in, allows them to be reinstated to council if they’re unsuccessful in August.

Cr Banks also referred to wanting to “alleviate any public scrutiny” around a perceived conflict of interest in balancing her role as councillor and as candidate.

“Having been a strong advocate for governance improvements and management of conflict of interests, I understand the importance of ensuring that conflicts are managed so to not interfere with the integrity of council,” she said, reading from her letter of resignation.

“It is not surprising that so many Elected Members have chosen to contest the upcoming [elections],” she continued.

“This push back by Elected Members on this council is due to the palaver of the dealings surrounding the National Aboriginal Art Gallery and the misinformation that continues to be propagandised by the current government.

“The views and good work of [council] are being treated with contempt and have been tainted by the current NT Government who are unwilling to work towards shared outcomes for the best interest of the community as a whole.”

She noted with pride a long list of achievements by council and of future projects (some of them in collaboration with the Nt Government). These are reproduced at the bottom of this report.

Cr Satour was briefer – she too was resigning “to uphold the integrity of council”.

She also made a point of the way that she sees her representative role: “I have often been on record that any time I walk into chamber, I walk in not by myself, I walk in with all of family, all of my friends, all of my supporters, all of my constituents and all of my ancestors.”

In a gratifying exit for her, the motion proposing a $200,000 Arts Industry COVID19 Recovery Package, after protracted debate a fortnight ago, was passed unanimously.

A surprising pair moved a motion tonight to express support for a change of name for Willshire Street: they were Cr Jimmy Cocking (below left), mover, and Cr Jacinta Price (below right), seconder, who earlier in this council term were locked in the agonising Code of Conduct saga.

They were responding to the call of local resident, Suki Dorras-Walker, in a letter sent earlier this month to all councillors and made public shortly after.

Her letter succinctly outlines some of the more egregious details of Willshire’s biography – his involvement in killings of Aboriginal people and sexual predation upon Aboriginal women.

The supporting material for the motion was circulated to Elected Members by Cr Price. It includes a lengthy interview by Alice Springs News editor Erwin Chlanda with historian Dick Kimber, asking “Was Willshire a murderer?”  (This can be found in our foundation archive, links provided below). Cr Price also provided an impassioned piece by her father, David Price.

He writes in part: “[Willshire] freely admitted to shooting dead ‘innumerable Aboriginal people in the course of his patrols in the interior’ in his own writings. He also admitted to taking the head of one of the men he shot so that his mate could turn the skull into a spittoon.

“His ‘three slim volumes’ of ‘unsophisticated’ writings combined reasonably accurate information on the cultures of the people he encountered with ‘boys’ own’ type adventure stories with himself as hero.

“There are lots of erotically charged references to ‘delectable’, but uncontrollably licentious, dusky maidens. He was willing to allow his Aboriginal troopers to regard women surviving their violence as ‘spoils of war’, a practice also common in Queensland.

“He often had young women in his entourage and took them with him on trips to Adelaide and Port Augusta. He refused to recognise, the widely acknowledged, problem of abduction, or seduction, leading to sexual exploitation of Aboriginal women and refused to do anything about it. Providence had placed these women in the country to be settled for the use of the settlers.” 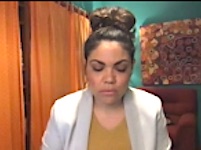 The full text can be found in last night’s council papers.

The motion also provided for community consultation “to determine a recommendation of potential names to formally submit to the Place Names Committee”, an NT Government entity.

Councillor debate on the issues took place very late in the last committee meetings, brought up in General Business by Cr Cocking. (I left the meeting at 10pm and it still hadn’t been raised.)

Can the community consultation influence the final decision, in keeping with the principles distilled by the International Association for Public Participation Australasia, asked Deputy Mayor Matt Paterson.

In relation to street naming, the process is tricky: council must do all the consultation and pay for it but an Place Naming Committee makes the final decision.

Cr Jamie de Brenni also suggested council, in the event of a name change, should look at providing assistance to residents of Willshire Street, some of whom are elderly, to update all their personal records.

The motion was carried unanimously.

The following are the decisions of the 13th Council that Cr Banks says have delivered benefit to the community:

Advocating to the NTG to not lift the Moratorium on Fracking

Contribution to the Lhere Mbantua Strategy

Increase of Solar Array at the Aquatic and Leisure Centre

Supporting the Community through Covid-19

Delivering a freeze on rates for 2020/2021 Municipal Plan

Completion of the Ilparpa Road Upgrades

Commencement of the Ilparpa Foot Path

And these are the future projects that she is proud of:

Links to the December 2008 Alice Springs News series of interviews with Dick Kimber on Willshire. These are archived by issue, scroll down to find the relevant headline.

Was Willshire a murderer? Part 1.

Accused murderer MC Willshire: how would you have judged him? Part 3.