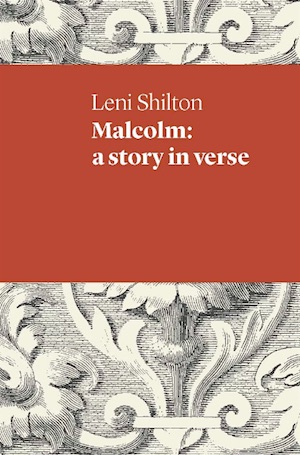 This is an extract from the launch speech for Leni Shilton’s new verse novel by DANI POWELL.


Malcolm: a story in verse, is Leni Shilton’s second verse novel, and comes only a year after the release of Walking with Camels: The Story of Bertha Strehlow. Both books are published by UWA Publishing as part of their UWAP poetry series.

The two books are strikingly different, in terms of content, not form. They unfold at a different pace, traverse vastly different country, and yet each reflects what I can only call a profound empathy with place and people that is deeply absorbing, insistent.

It didn’t surprise me to hear that Shilton began writing Malcolm at a Jenny Kemp workshop in Melbourne. Playwright Jenny Kemp’s methodology, inspired by the writing exercises of Cuban-American playwright, María Irene Fornés, follows an intuitive approach to generating material, wherein the subconscious is stirred and animated, the dream state often drawn upon.

It makes sense that Shilton was working with men in the prison in Alice Springs at the time, immersed in their stories. Not because this book is about these particular men or their stories whatsoever but perhaps because of what immersion in a particular place might agitate in the unconscious. In her notes at the back of the book, Shilton says that ‘the prison system is the background but not the source of the story’, that ‘the story of Malcolm is about the families of prisoners – the partners and the children of prisoners … whose lives are thrown into turmoil by the actions of unthinking or damaged parents’. In writing Malcolm she hopes to bring these stories into the light.

UWA Publishing describes Malcolm as a dark verse novel. Leaving the darkness aside for a moment, the verse novel might be described as a narrative told through poetry rather than prose, or a story in verse. Neither poetry collection, nor standard novel, the verse novel draws from both forms – pulling you onwards across the pages, as if in the current of a novel, while giving the pause that poetry avails. There is space on the page for reflection, for your own thoughts and responses, before being swept onwards.

In one sense the book appears simple, told in short spare verse; it is easy to read. But what is left on the pages bears the essential, much like sculpture or polished stone, while beholding worlds within complex worlds. In this way Malcolm is a remarkable book, in both portraiture as well as plot. Every word counts and every poem builds character and community, at the same time as feeding the unfolding narrative.

While reading, I had the sense of a series of tiny windows opening, one by one; or little lights coming on in a world both somewhere else, yet intimate and close. If you read the book it is, of course, in your hands. And so are these vignettes, portraits of a place and people, their outsides and in, their present and pasts, memories and dreams. Yet, when threaded, each poem thrusts you forwards and you start to feel the motion and meaning of their placement.

Malcolm is at once a personal tale, a descent of a kind, of a 17-year-old who leaves his grandfather’s home after his mother’s death, to live on the streets. It is also the story of a community of people, living together in a Melbourne squat, and the histories and circumstances that land them together. 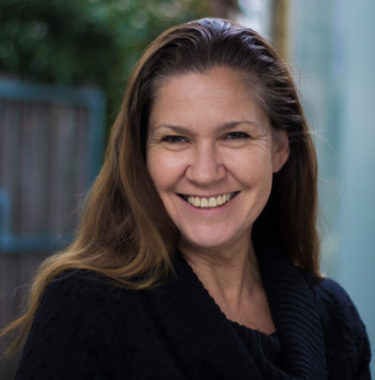 At the same time Shilton (pictured) paints an evocative portrait of place and time, that extends outwards to reference the greater world and its mood. The Iraqi war, the West Bank protests. But for the most part, the world is narrowed to the city of Melbourne, whose place names read like touchstones; whose parks and streets, whose state library, and ‘hot grey river’ are all remapped by poetry, a poetry of place equally as captivating as the unfolding narrative.

Of course, no place is one place and in this story the city is seen and inhabited by ‘the city scum’, as they call themselves – fringe dwellers, drug-users, risk-takers – whose city it may well be more than most; who know it intimately through all hours of light – both the glimmer and the grey, once the neon is turned off. And yet these same people feel apart from it; ‘eyes slip over me’ are the lines from the outsider, Malcolm, in the poem ‘Ugly is the New Black’, a poignant and perceptive poem about invisibility.

Yet all the while life pushes through this ‘floating city trapped in its own noise and filth like a growling animal’ as Shilton describes it, in the poem ‘Hills’. The pulse of life expresses itself in myriad ways, as if trying to reach, but mostly rejected, by Malcolm and his friends. Their gaze is elsewhere, their disconnection cocoons them in a kind of myopic existence.

But not all the world turns at the same speed on this axis. The writer paints a world greater than this, a peripheral world, whose details seemed like a singular pulse each time they appeared across the pages. For me they seemed hopeful, as if they might have power enough to sway these young lives, to lure them from their doom. The sparrows, the grey swans, the kookaburras, even ‘things glittering in the gutters’. The guy who does chalk drawings on the pavement. An old lady playing piano on the street. ‘And the wind’, described ‘like the third person in every thought, demanding as a child’, pushing at Malcolm ‘to move on’.

Malcolm’s grandfather is like the wind, returning again and again, no matter that his grandson cannot see him. Like the wind, we can only hope his presence is felt, pushing, pressing, the one who doesn’t give up on Malcolm.

One of the most powerful images for me is from the poem ‘Jess’s Dream’:

We sit around her
On the filthy mattress.
Frank has thrown out one lot of sheets,
But the next lot he got
Weren’t much better.
Why do people give away stained sheets?
I can see one flower in the pattern
of climbing roses and leaves
that aren’t stained.
I look hard at it.
It’s pink,
A colour I’d forgotten.

The roses, the pink, pushing through – reigniting his connection to colour – seemed the most delicate, most fragile, but hopeful image. And somehow that Malcolm can see this pattern, sets him apart also – or gives us hope that he is not entangled to the point of no return. Can anyone else see the faded flower on the sheets? I guess the poet can and this is the delight in the reading. Not because the writer has the answers but it’s almost as if clues have been placed for these characters to notice, or not.

‘Jess’s Dream’ was, for me, one of the most moving poems in the novel overall, almost spellbinding the way it sinks down, through dream, to reveal the deeper dimensions of one of these characters. Jess is primary, a compelling character herself and through her dreams we see her insides, her fears, her fate. As such, everyone is expanded, filled out beyond the sketch or stereotype they may seem, returned their humanity.

Jess is the woman Malcolm loves but cannot have. Like star-crossed lovers they circle each other, a thread that feeds into the tease of recovery and return from the underworld. Isn’t love enough? And yet as Shilton so well understands and beautifully conveys without any overt messages or didacticism, who knows what catalyst recovery may need?

This is no romantic tale about recovery, though it is to some degree a study of trauma and its impact – of addiction, of separation and connection. It is a story about community, in this case an unintentional community of young people bound by the same roof over their heads, bearing witness to each other’s lives. And witnesses are no small thing in a world in which you are for the most part invisible. Likewise, in bearing witness to their stories, Malcolm: a story in verse brings this community into the light, illuminating the often unseen and complex layers of individual lives that land them in any one place, and not another.


Note: Dani Powell is a writer and performance-maker, whose writing has appeared in several journals and anthologies, and produced for radio. She has been Artistic Director of NT Writers Festival—Alice Springs since 2015. Her novel Return to Dust will be published by UWA Publishing in 2020.