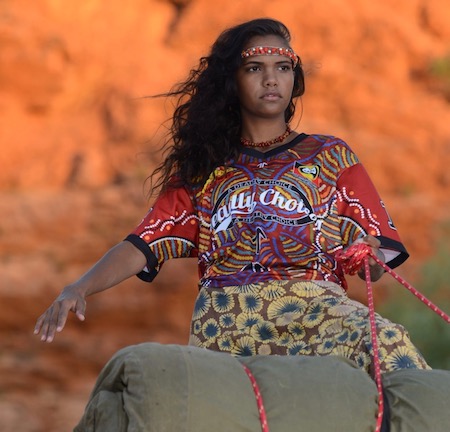 Artist Franca Barraclough is gifted in being able to engage her audience in the consideration of serious issues through seemingly light-hearted, humorous, at times zany, imagery.

Now she is going to the public for money to help her work have greater impact,  by blowing up a new series of images to billboard size.

“I missed out on my last grant funding, and with the exhibition coming so soon, I needed to reach out for support from the community,” says Barraclough. “It’s such a scary thing to ask people for help financially, but the response has been overwhelming. We are already over 60% funded. We just need one last hurrah to get us over the line.”

Her practice is marked by its diversity, with memorable achievements whether in performance, installation or photography, each medium overlapping the other, and drawing on the strength of previous explorations.

So it is with her new photographic series, The Visitors. Her previous series, Cleaning Country, used magazine-style imagery of the ’60s housewife to make comment on the alienation of the settler culture in the desert environment.

The Visitors, evolving with a longer, deeper experience of that culture, takes the reflection further: this time using and subverting the seductive style of contemporary fashion magazine photography, a wider range of settler behaviours and fantasies are observed, their impacts pinpointed, and more provocative questions are being asked. 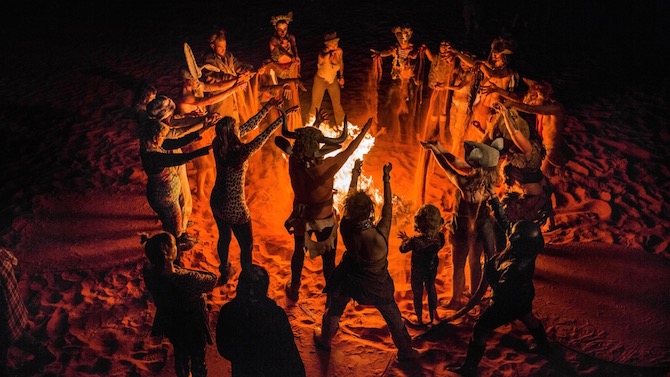 Yet Barraclough is never censorious, she never loses her tender regard for human foibles and weaknesses, her wry appreciation of our absurdities. Self-examination should start with a laugh at our own silliness and frailties, all her work would seem to suggest. It’s a powerful way to deal with weighty matters.

Barraclough is capable of producing iconic imagery. Her performance and installation work, Apparition (2008), a homage to Olive Pink, is one example; the image of a woman mopping up a brimming claypan, from the Cleaning Country series, is another.

Now she has produced the memorable imagery of The Visitors series (some of which are reproduced here).

After three years in production and a process that has involved over 350 community members, she is raising funds to print the images as billboard-sized photographs in time for exhibition at Araluen in November.

The Visitors fundraising campaign was launched three weeks ago through the Australian Cultural Fund crowdfunding website, where anyone can easily make a tax-deductible donation.

Over 20 years Barraclough has made an outstanding contribution to the arts community in Alice Springs, as acknowledged by the award to her of the inaugural Lofty (in honour of the late Pamela Lofts, founding coordinator of Watch This Space).

She has been particularly influential in the local development of performing arts as well as performance art. Her collaboration with Melissa Kerl (another Lofty recipient), was notable for its witty, upbeat ‘live arts’ interventions in the public space in Alice Springs, enriching for the whole community.

This, however, is her first solo exhibition in a gallery. With it, she has further expanded her ideas and expressive means, while remaining closely in touch with the source and context of her inspiration.

This fundamental strength should stand her in good stead as she seeks to take her work to a wider audience, tapping into the perennial interest in social and environmental developments in the magnificent central Australian desert.

If you would like to support The Visitors, go to https://australianculturalfund.org.au/projects/the-visitors/. The last day to donate is September 27. 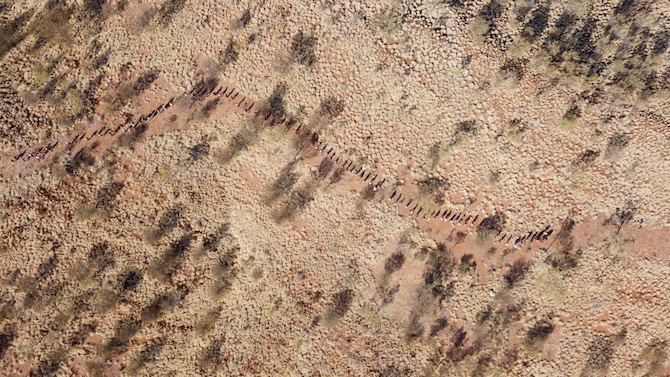 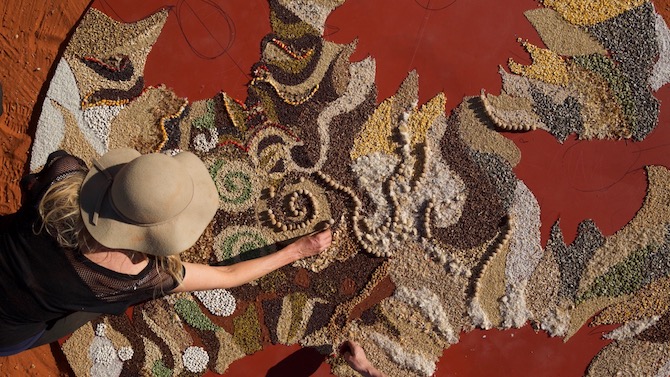