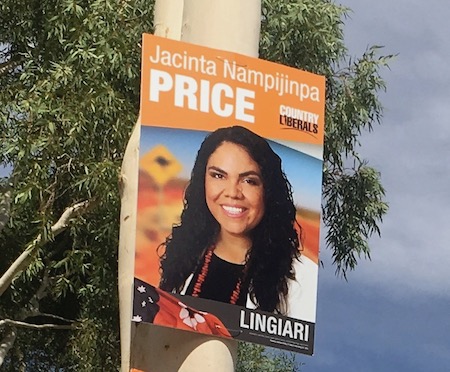 CLP candidate for Lingiari Jacinta Price is misleading her Facebook followers about three Code of Conduct complaints against members of the Alice Springs Town Council.

We reported about “Code of Conduct complaints – all found to have been vexatious or without foundation – that she or people associated with her had apparently lodged against three fellow councillors.”

We put the allegation to her ahead of publication but she did not reply.

Ms Price said in her Facebook statement that the Alice Springs News had claimed “I had been part of three code of conduct complaints against Councillors. The fact remains I made just one Code of Conduct Complaint against one Councillor because this Councillor had made public claims that they were threatened by my family.”

At last night’s council meeting it was revealed that she and her mother Bess Price were the complainants against Cr Catherine Satour in two separate processes, and that her father David Price was the complainant against Cr Jimmy Cocking.

Ms Price is apparently expecting her followers to believe that she had no “part” in the other two complaints, having failed to disclose the involvement of her parents when we put questions to her earlier.

See our separate report on the revelations last night about the three complaints made by the Price family against Crs Cocking and Satour.


UPDATE 1.25pm
Facebook statement by Jacinta Price and our reply.