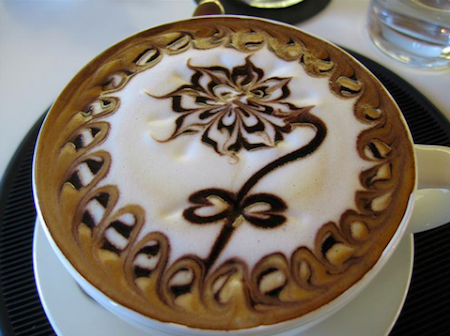 Increasing the sales of cappuccinos in the Mall is not what the National Aboriginal Art Gallery is all about, says Scotty McConnell, recently released from the shackles of Labor partyroom discipline and now representing the massive Stuart electorate as an Independent.

The long-time critic of Michael Gunner says the gallery – for which the government still does not even have a business plan – needs to be built from the ground up, putting behind us the undignified squabble about the Anzac Precinct, the buckpassing to the town council for the current situation,  the pathetic fall-out from what Mr McConnell says is the absence of leadership by the Chief Minister.

Meanwhile the gallery doesn’t even rate a mention from Lauren Moss, Minister for Tourism, Sport and Culture, in a media release this morning about the industry promotion NT Muster.

Instead she is promoting “the Territory as the premier destination for Aboriginal Arts and Culture” and the “nationally significant Arts Trail throughout the Territory to support and grow our arts and cultural industry and provide new and enhanced attractions for national and international visitors”.

Mr McConnell (pictured) says there is an almost total consensus in Alice Springs that the town wants such a gallery, and that there are several locations for it.

There is a growing awareness that Aboriginal art and culture are inseparable and that the two projects need to be combined.

“We have commitments of 20 plus 20 plus 50 (that’s in millions of dollars) plus a commitment of art trails across the Territory. That’s $100m overall.

“We need to sell that well, [stressing] that the NT would tip in $70m into this national facility in Alice Springs, plus tipping into regional museums and remote art galleries and the art trails tourism infrastructure to support it.

“Why don’t we take all that to COAG [Council of Australian Governments] and let sink in this art trails methodology across the country, extend it into Queensland, NSW, WA etcetera?

“Let’s connect it to those other things that are preeminent in the Aboriginal story, like the other galleries that already exist, the collections in other mainstream galleries.”

Says Mr McConnell: “Let’s link it all together in a national Indigenous storytelling way” with all roads – dreaming tracks? – inevitably leading to Alice Springs.

“Then let’s push the case that The Alice has daily flights interstate, the tourism infrastructure, the cultural connections, the way songlines work.

“It has the history of the Yeperenye Festival to mark [the centenary of] Federation year, bringing the cultures from all around the country together.

“We need to make that case.

“We can then say this needs a commercial underpinning, and take the project to the Northern Australia Infrastructure Facility (NAIF).”

That would lay the groundwork for private commercial investment that could range from hotels to student accommodation.

Mr McConnell says this process would likely lead to a national debate which is about Indigenous recognition, constitutional recognition, about truth telling “which is not about bricks and mortar, it’s about telling the Aboriginal story nationally, and how Aboriginal people can contribute to it.

“Why don’t all Australians know about the Coniston Massacre, for example? It is as important to the Australian story as is the First Fleet and – dare I say it – Ned Kelly.

Mr McConnell says there are lunatic fringes on both sides of the debate “and I don’t subscribe to either of them.

“But I am very supportive of the idea that people should know about what happened, from the perspectives of various people.”

Mr McConnell says Mr Gunner’s proposition to waste the existing rugby facilities at Anzac Oval in order to locate the gallery at the Anzac precinct is “irresponsible”.

Between $6m and $10m would be needed to relocate them – money that should be spent on sports elsewhere in town or in remote areas – if that sort of cash is even available in the current fiscal crisis.