NT should become the Switzerland of the Southern Hemisphere

When during the Giles Government I was Alison Anderson’s chief of staff we were always alert to ideas that might create an economy for the North. We were acutely aware it did not have one.

The NT relied on GST money from Canberra. The primary role of any NT administration since self-government – however well-intentioned – has simply been to take Indigenous funding, which is the largest income stream, and re-directed it into parks, roads, social amenities and utilities for Darwin.

This ensured that Alison, who saw herself as the representative of her Indigenous electorate, was always in conflict with whomever was running the NT and did not try to distribute the funding more equitably.

Knowing all this background Gerry Hand, the highly respected Indigenous and Immigration Minister in the Hawke and Keating Governments, approached us with his ideas of using Chinese money to invest in the NT.

That was not for the Chinese to own the NT or for us to sell them gas and water rights as Adam Giles later became a party to. Gerry’s idea was far more practical and historically based and was to give the NT economic autonomy.

He took as examples historical precedents of countries without primary or manufacturing bases, but with banking and insurance-based economies, such as Switzerland, Hong Kong, Great Britain and Singapore. They had become economic powerhouses and Gerry pushed for the same logic to be applied to the NT.

Darwin is part of a country that does not assassinate its leaders, has a democratic system of electing leadership, and appears to other countries in the Asia Pacific region as a stable place.

For Chinese, Japanese, Malaysian, Vietnamese, and Indonesians, amongst others, to safely bank private fortunes away from their own turbulent economies it is just what they need.

Gerry foresaw a time when the Esplanade would be lined with great banking houses and insurance companies and Darwin getting a skyline similar to Singapore.

All of this requires capital investment. Great Britain became “great” by doing what the Bank of England once did for Africa and India and when Lloyds of London insured the world. The British Navy was primarily in place to protect sovereignty.

Gerry started calling the idea the Switzerland of the South scheme.

Switzerland, as a neutral country dating back many centuries, set an economic example to the world particularly during WWII when it became the broking house for the countries mired in the conflict. 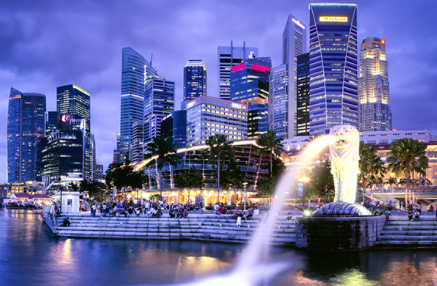 Gerry argued the Swiss did not concern themselves with the odor of money, or from which state it originated, leaving the moral argument out of it. He was only interested in the financial capacity for onward investment elsewhere and argued we should do the same to advance the NT.

When the Swiss did the investment banking for its neighbours the Swiss banks grew powerful and Gerry saw no reason why Darwin was not well situated to do the same thing.

Nor did I – so we joined forces and when I left political office with Alison.

Gerry and I continued as consultants to implement small investment programmes to show the NT Government how the idea could work.

Unfortunately, the Giles Government was in the sway of rich patrons who had other ideas of how wealth should be distributed in the NT.

The current Labor Government lost any direction and leadership potential it might have had when they replaced Delia Lawrie with Michael Gunner.

Gunner is a captive of mediocre old school back room decision makers and has not made one single sensible initiative on behalf of the NT since Labor regained government.

Perhaps the most critical point of all is that none of the political leaders from either side in recent years had the patience to develop a mature relationship with Asia. No long-term strategy to do so has ever been implemented.

Ultimately, talking like this made me unemployable and Gerry Hand had a debilitating stroke in Timor and was also unable to continue to champion our vision.

Investors here need not fear that legitimate fortunes are nationalized or confiscated.

They could see Darwin, and its stability within an unstable region, as the perfect place to park wealth safely and securely.

In the Gerry Hand vison, Darwin could be a banking hub for the region, an insurance provider to South East Asian projects, an export centre for neighbouring economies (which would then would become a driver for other countries to protect its sovereignty, as was the case in the Swiss example).

Tourism, construction, Indigenous housing repairs, barramundi farms, and crocodiles will not change the economic landscape of the region. Nor will reliance on gas and mining ventures do more than create an ongoing small boom and bust culture.

The Territory is not the mineral treasure chest of the Pilbara and it never will be. Mining and hydrocarbons are not going to make the Territory self-sufficient. Currently, its fiscal position is propped up to a greater extent by GST revenue from Canberra.

Leadership appears to believe selling the place piecemeal to overseas buyers is the only answer. Yet the real potential for a future lies in the examples of regions in once similar economic circumstances to the Territory who grew themselves out of the tropical torpor that currently shrouds Darwin’s political thinking.

History demonstrates examples of where an island or a convenient landlocked region adjacent to a primary industrial land mass has become an efficient broker of finance and trading for the region.

Hong Kong (and Shanghai) were created as trading bases between China and the rest of the world whereby foreign legations dealt with China through broking houses.

At the end of World War II, Singapore was a desolate, mosquito-ridden swamp. It is a now a city-state benefitting from the leadership of people such as Lee Kwan Yew who saw potential in acting as brokers to Malaysian, Indonesian, and Chinese economies as they fast developed.

Singapore has therefore emerged as a vibrant nation and an obvious regional example of what can be achieved through focussed pursuit of intelligent and well-directed government policy and investment.

Singapore has no natural resources.

Major exports include consumer electronics, IT products, medical and optical equipment and pharmaceuticals. Other industries are transportation and business and financial services.

The highest tax rate for companies and individuals is 17%.

It is a country where they allow tax relief of 15 years for innovative companies.

It is the place to be if you’re interested in innovation – and how does Singapore define an innovative company?

It is a start-up company in the high-tech space that deals with at least four Asian countries.

In Australia, our top personal tax rate is 49% and our company rate is 30% for small business.

This is unlike Singapore, which simply makes the whole system work harder with a fairer tax base.

Singaporeans pay 20% of their salary into superannuation but young people are able to make a case to borrow against their super to buy their first home.

Singapore is third richest nation in the world on GDP per capita. Australia is 16th. Singapore has a population of 5.5 million, on a land area totalling about one per cent of Tasmania.

It has a growth rate of 2.9%, and an unemployment rate of 2% compared to our 6%. And its monthly average wage on a purchasing power parity basis is in fact the same as Australia.

Sadly, at present Darwin has no one seriously paying attention to such an opportunity.

The Darwin Major Business Group, under chairman Ian Kew, the CEO of the Airport Development Group, is trying to put forward some similar ideas and a massive amount of time and effort is being contributed to a leadership plan which would guide the highest levels of government.

But the group is not being listened to seriously. At present these types of bold ideas are not even discussed in Parliament.

The few times the subject is discussed anywhere among old Territorians they wrongly equate the concept with the failed free trade zone idea that foundered on the state tax issues in the late 1990s.

Instead, the direction of the NT economy is rudderless and currently left up to the unimaginative, self-perpetuating public service to dream up band-aid solutions copied from other states’ lost causes while busily engaged in crisis management.

Distributing the GST money from Canberra is all that really continues to sustain the Territory. With our present finances in such a parlous state, simple ideas like this are discouraged and discarded by unelected political hacks. It defies logic.

Three years ago, I tried very hard to advance some of these reasons why Darwin would benefit from becoming ultimately the Switzerland of the South but I was not successful.

To get anyone in politics to consider the idea or listen to what it would take to implement it was impossible – although we proved it can work.

It is more than a commercial venture for a single company to make its fortune,. It is about moving the NT forward.

(Kelvin McCann is a resident of Alice Springs.)